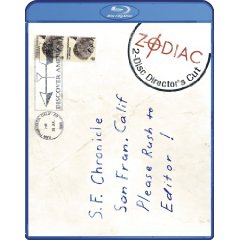 When films are released based off of actual events, they are either hit or miss with rarely an in-between. It becomes even harder to pull off tales that involve serial killers without having to stray away from factual information to keep the viewer engaged. Director David Fincher does the complete opposite with ‘Zodiac’ providing a very engrossing look into the bizarre events surrounding the Zodiac killer in San Francisco, CA.

Based off of a string of murders in December 1968 in a small northern California town there is the first noted slaying of a couple sitting in their vehicle. The investigators never find out who killed or why the couple was murdered. Then nearly seven months later, another murder occurs in a different small town in California. Things are different this time as the killer makes it known that he committed the crime via the telephone. Then a few months later he does the same to another couple, except that like the last couple there is a survivor. This is the first time that he would make himself known to the public as the ‘Zodiac’ when he leaves a note behind.

This begins to stir up some commotion in California as all of the media outlets get the news about the name of the killer. With the Zodiac Killer mostly bored or not challenged by these small town murders, he moves to San Francisco continuing a reign of terror. He struck such a huge fear in San Francisco that it made many stay in their homes more and even travelers were worried about going there.

Once ‘Zodiac’ has the attention of the media in San Francisco, he begins to play games with them and the police. He kept on sending all kinds of riddles and codes in letters. These letters and riddles were the key to figuring out who he is for those that could decode it. At the Sanfrancisco Chronicle there is a reporter Paul Avery (Robert Downey, Jr.) and cartoonist Robert Graysmith (Jake Gyllenhaal) that team up on this story. On the other side, there is Inspectors Dave Toschi (Mark Ruffalo) and Bill Armstrong (Anthony Edwards) that will try to catch the Zodiac killer. As the number of murders increase, it places these men under pressure to unearth who is behind these murders. Graysmith makes it personal in trying to solve this mystery. This ends up affecting all these men’s personal lives in the process.

This is an excellent depiction of the ‘Zodiac’ murders that frightened an entire city. This film brings the true story to life on the big screen making this feel so surreal even though it’s a movie. The film is rather long at three hours long, but the time flies by as quickly as you are at the edge of your seat. The acting is also excellent as we see the viewpoint of Graysmith’s obsession to capture the killer, Avery’s with the early killings, and as Toschi tries to investigate the case with his partner. Even though these men weren’t victims of the Zodiac Killer, they pulled themselves into his web of deceit.
Movie Content: 5/5

The print is presented in 1080p/AVC MPEG-4 with a 2.39:1 aspect ratio. Colors are de-saturated giving the film a darker and dull look. This is done purposely to fit the film’s content giving it a creepier look. Fleshtones are accurate and natural looking. Black levels are deep fitting in well with the look of the darker colors. There is also a brownish/yellowish tint over the print, which helps pull all this through. The image is excellent providing a very sharp and detailed print. At first this print may make some wonder why was this allowed to be released in high definition with this transfer. The more you look at the image, you start to really enjoy what Fincher was trying to accomplish.
Video Quality: 4.5/5

The audio is presented in Dolby TrueHD 5.1 mix. We get a lossless track vs. the HD DVD version which had a Dolby Digital Plus mix. With this being a dialogue driven film, I was ok with the DD+ mix on HD DVD since the film does not rely on special effects. This is a more of a front heavy presentation. When the rears are in action, we get some nice effects and the score adds to the atmosphere in the soundfield.
Audio Quality: 4/5 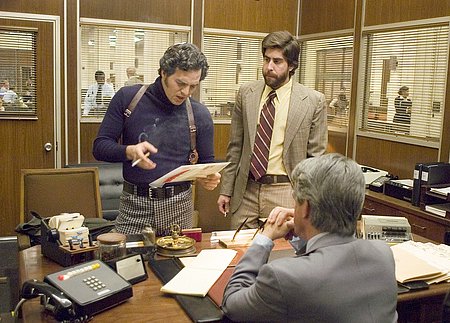 All of the special features are offered in high definition. Paramount also ports over all of the 2-disc Director’s Cut DVD and HD DVD special features. It is reasons like this that Paramount is quickly becoming one of my most favorite studios releasing films on Blu-ray.
Special Features: 4/5

With the demise of HD DVD nearly over 7 months ago, ‘Zodiac’ was one of my most anticipated titles to be released on Blu-ray. This 2 disc Director’s Cut offers superb video and audio with a plethora of extras. Owners of the HD DVD version might be hesitant to upgrade, as this version only offers an updated audio mix with Dolby TrueHD 5.1 which may not be worth it. This film is a gem that is worth viewing for fans of suspense/thrillers based off of true events.
Overall Rating: 4.5/5 (Purchase)