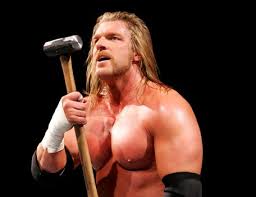 Triple H continues to build upon his enduring legacy. From 13-time World Champion to COO, Triple H has played multiple roles spanning decades. Packed with over 3 hours of documentary footage, all-new interviews and matches, this compilation profiles Triple H’s entire career as well as his current executive role with the WWE. 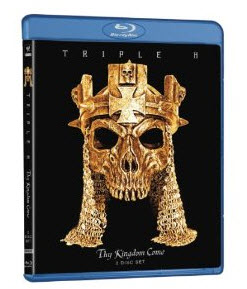 You either love or hate Triple H. While he is respected by every wrestler in the locker room, I hate the guy. I remember back in 2003 when he held the belt way to long while he beat good wrestlers like Kane, RVD, and Booker T in various feuds. The documentary is pretty good. Triple H, no matter what comes of his career from this point on, will undoubtedly go down as one of the most controversial and vital figures in the history of sports entertainment. Here, on this Blu-ray, you’ll find many of his character’s finest moments, going back to the prime of his heel run and his feuds with Mick Foley, Kurt Angle, and The Undertaker, through his injury and rehab, to his return as a mega-babyface and his championship victory over Chris Jericho at Wrestlemania. There is even some interesting (although brief, which is logical) footage of Trips’ days in WCW, paired up with William Regal and often compared to a young Ric Flair.

Hunter Hearst Helmsley vs. Dude Love
One Night Only – September 20, 1997

The evolution of Paul “Triple H” Levesque has been a riveting journey. Years of hard work, dedication and sacrifice opened the door to achieving his dreams, but his rise to power was not without a fair share of challenges. You will not be disappointed by this set if you are a Triple-H fan and is the definitive release for the cerebral assassin.
Overall Rating: 7/10