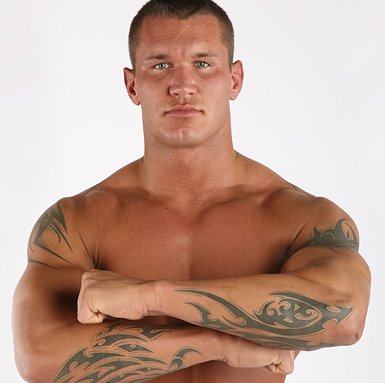 Hes one of the most popular superstars in the WWE, but he has never been the subject of a DVD release until now. This 3-disc set takes an in-depth look at WWEs Apex Predator from Elimination Chamber through the road to WrestleMania and Ortons brutal bout with CM Punk. Along the way, fans learn about the Viper in and out of the ring as he reflects on his career to date. Family and opponents contribute never-before-seen interviews about Ortons past, present, and future. In addition the set is packed with some of Ortons most memorable matches and moments from his career. 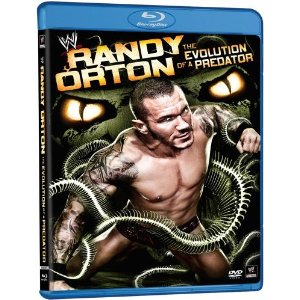 The documentary is setup differently than the usual sit-down interview about his career type that we normally get as it’s similar to how Jeff Hardy’s “My Life, My Rules” or similar Steve Austin’s “Hell Yeah!” where it’s based around following him with a behind the scenes look at him during a certain time period while also telling his story. It was the period between the Elimination Chamber & WrestleMania 27 PPV’s in this case where we saw Orton on the road, backstage at events, at home with his family, and doing promotional work (radio, Axxess, ect.) while Orton recalls various flashbacks in his career.

Orton beings to talk about how he was interested in getting into the business back in 1999 leading to going to OVW developmental territory the same time John Cena & Batista & Brock Lesnar were there along with him having a cocky arrogant attitude that makes Orton himself admit that he was an “jerk.” This run in Evolution was discussed from how he was handpicked by Flair & Triple H leading to backstage jealously regarding his spot on the roster before talking about how his own bad attitude got in the way of his success. His successful run as the Legend Killer leading to becoming the youngest World Champion in history was discussed before going back in time to tell the story about how he didn’t didn’t originally want to follow in his dad’s footsteps & the story behind Orton going A.W.O.L. from the military.

Orton’s drug problem was discussed in heavy detail next from his suspension to what was the one thing that made him turn his life around & how he incorporates elements of this period into his current “Viper” character before going into his run with Dibiase & Rhodes in “Legacy” to being seen as a locker room leader close out the documentary.

The print is presented in 1080p/AVC MPEG-4 with a 1:33:1 aspect ratio. The WWE has never looked so good on television until it hit HD and now with more and more releases coming to Blu-ray from WWE. This is a vivid and colorful presentation all around showing off how good sports presentation can look on home video. Having watched the DVD version and now the Blu-ray, there are no artifacts or compression as present on the DVD version.

The audio is presented in a Dolby Digital 5.1 mix. I can not complain one bit about the audio and how well the PPV sounds with a good surround setup. My one complaint is that this should have been in DTS-HD MA as all high definition releases should be. Entrance music is what stood out very well. The commentary came through the center with no issues sounding clean and clear.

The matches are worth the price of admission alone. I always knew Randy Orton was one of the most talented superstars on the roster, but this Blu-ray proves that he can pull a good match out of almost anyone.