WWE Over The Limit 2011 Blu-ray Review 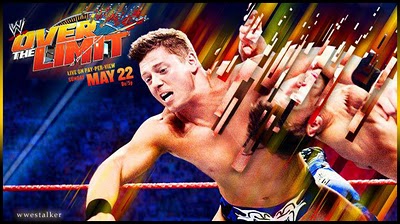 WWE Superstars from Raw and SmackDown push themselves harder than ever before at Over the Limit 2011. Last year’s event saw CM Punk lose his hair to Rey Mysterio and a punishing I Quit match between John Cena and Batista that was so devastating Batista quit WWE and has not been seen since. What new matches in 2011 will occur when John Cena, Randy Orton, The Miz, Alberto Del Rio, Edge, Sheamus and more push themselves OVER THE LIMIT. 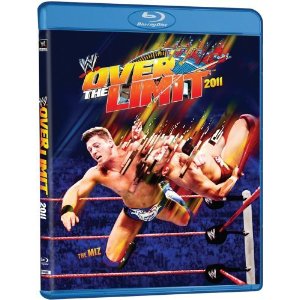 Audio: Dolby Digital 5.1 mix
Aspect Ratio: 1.78:1
Disc Spec: 1 BD
Region: 1
Rey Mysterio VS. R-Truth
I like these two, while the match was nothing amazing it wasnt bad. They have good chemistry together and if WWE put effort into a storyline and worked harder on making matches between the two it would be a good rivalry. This match was decent not bad by any stretch but was solely to gain R-Truth heel heat for his upcoming rivalry and match with cena at capital punishment. Liked the bottle to the head of Mysterio at the end got Truth some decent heat.

Intercontinental Championship
Wade Barret (C) VS. Ezekiel Jackson
It was your typical big man match a bunch of punches and kicks with ezekiel becoming a powerhouse at the end and dominating Barret before the Core got involved. This match could of been done on raw it was simply a time filler to put over the rivalry for another match. It was an ok if that match not horrible but not good at all. 1.5/5 and im being generous wwe could of make a much better match between the two, both of these big men are good athletes capable of much more.
Winner=Ezekiel Jackson via DQ hence Barret still IC champ

WWE Tag Team Championship Match
Big Show and Kane (C) VS. CM Punk and Mason Ryan (New Nexus)
Decent tag team match could of been done on raw but fit on this card, Kane and Big show did their typical offense and defense, Mason ryan showed what a power house he was and CM Punk was the true skill in this match and made it a decent showing for the most part as he usually does. Decent contest CM Punk and Mason Ryan should of won the titles here idk why wwe didnt capitalize on them doing so.

WWE Divas Championship
Kelly Kelly VS. Brie Bella (C)
This is your typical diva match from raw, it was an ok showing nothing worth while and basically a time filler. Kelly Kelly and her offense was the saving grace in this match and made it bearable.

World Heavyweight Championship
Randy Orton (C) VS. Christian
This was god’s gift to Over The Limit and I’m sure the fans were grateful for this beauty. So Christian and Orton have had a mutual respect since Orton Beat Christian on his first SD! show after being drafted, just 5 days after christian won the title in a ladder match at Extreme Rules. These two have always had good chemistry and I love when they lock up, Ive been waiting to see a rivalry between the two since their great 1-1 match against each other on Raw before WM21 in 2005. This Match was great back and forth offense and defense from the two. The ending offense and reversals were great and memorable, this is what a clean wrestling main event should be and it showed. This match would of stood out on any card. This match hit you hard and delivered while leaving you with the knowledge theyd probably lock up again down the road. Match of the night no questions asked.

Kiss My Foot Match
Jerry The King Lawler VS. Michael Cole
This was a time filler, it was entertaining but was simply a comedy sketch/beatdown of michael cole with appearances by Jim Ross and Eve. A suprise end appearance by Bret Hart.

WWE Championship I Quit Match
John Cena (C) VS. The Miz w. Alex Riley
This match I feel is underrated. The Miz like him or not is a great heel and while hes decent in ring most of the time, on some nights not even he excells as a mouthpeice. He did the typical thing and used Alex Riley to virtually beat down John Cena the whole match. It was an entertaining match and was a decent main event. In my opinion Orton VS. Christian should of ended the show but this was an OK main event. The Miz did a clever move not done yet in wwe history by having a recording of cena saying I quit on his cell phone and while cena’s head was down holding the mic and cell to cena’s mouth and trying to win the match that way, after declaring The Miz the winner the ref found the cell and the recording and restarted the match which enabled Cena to make The Miz say I quit in a rather fast manner. It was a good main event, good I quit match between the two i was expecting less to to tell you the truth.

The print is presented in 1080p/AVC MPEG-4 with a 1:78:1 aspect ratio. The WWE has never looked so good on television until it hit HD and now with more and more releases coming to Blu-ray from WWE. This is a vivid and colorful presentation all around showing off how good sports presentation can look on home video. Having watched the DVD version and now the Blu-ray, there are no artifacts or compression as present on the DVD version.
Print Quality: 9/10

Overall this event was only good for continuing storylines & making attempts to showcase certain wrestlers (Ezekel Jackson, Mason Ryan, Sin Cara) while finishing up other long term stories as well but the only real memorable match when it was said & done was Orton & Christian so this is worth going out of the way if your a fan of those two but past that, I would rent this or buy it if you have some spare cash.
Overall Rating: 8/10