Posted in DVD Reviews by George Theofanopoulos on 28 July 2011 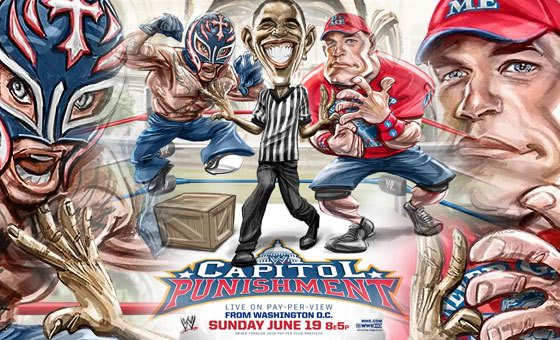 I never noticed how many of these matches were repeated from past rivalries. One problem was the matches ended too many times in submission. I suspected a better event due to the unique card it had. I think this event should get a little credit. If you read my old review, I am sorry that I was too positive. 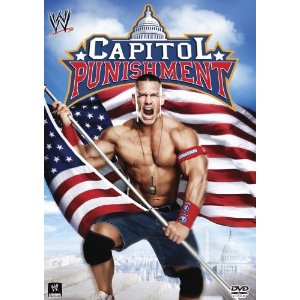 Kofi Kingston(c) vs Dolph Ziggler U.S Title: This match was good, these two have great chemistry and this match showed it, good way to start the show, fast paced and a lot of near falls and counters, the finish was fine but I would understand if you never liked it ***1/4

Miz vs Alex Riley: Why was this the 2nd match on the show, this was ok, pretty dull, and ordinary, only went on for like 10 minutes, Riley didnt get much offense here but when he did it was good, I loved the ending because it was very unpredictable, I was totally suprised when Riley picked up the win.

Alberto Del Rio vs Big Show: I can completley understand if you completley hate this match, I didnt hate it that much, but I still disliked it, fist mark henry comes out and puts big show through an announce table, then it takes for ages for show to get back in the ring, we get to see a quick 3 minute match, but whenever big show stood on his feet, he would just fall back down, worst match of the night.

Wade Barret(c) vs Ezekial Jackson I.C Title: This actually wasnt that bad, I wasnt looking forward to this match after seeing there match at Over The Limit but it was actually ok, it was kept short, only like 6 minutes which was good, Jackson looked like a beast, and Barret also looked good on the offense.

Rey Mysterio vs CM Punk: This match was very good, my 2nd favourite match of the night, a lot of nice moves, rey hits a sick moonsault onto Punk, some lovely counters here, a back and forth match, the ending was brilliant and vefry different, I loved everything about this match.

Randy Orton(c) vs Christian WH Title: This is my favourite match of the night, it was very good, very fast paced, load of moves, some that i’ve never seen before, lots of action here, Christian reversed the RKO a lot, I would of loved to have seen this go on a few minutes longer though, the ending was contraversial and weird, oh well, match was still very good.

Evan Bourne vs Jack Swagger: This was actually a good filler match, I felt into this match, Evan Bourne is one of my favourtites in the WWE, the match itself was pretty good, a lot of nice power moves from swagger and some high flying moves from Evan.

John Cena(c) vs R-Truth WWE Title: This was just like any other John Cena match, very boring and slow paced up till the last 2 minutes, I didnt like this match, it was hyped so well on RAW but in my opinion it just never delivered, I stongly dislike Cena and his wrestling abilties, I like the new R-Truth and I hope he gets another chance at the title because I believe he can put on a lot better perfomance than this one,the last few minutes to the match were entertaining but it didnt save the match itself, the ending was crap, and silly so I think I am giving this match a fair rating.