Wonders of the Universe Blu-ray Review 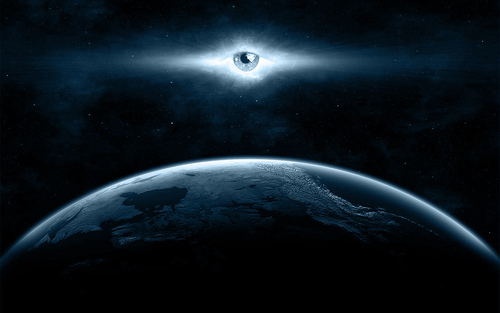 Wonders of the Universe is a lovely, sometimes surreal journey to the edges of reality and back–and a fully entertaining experience right here on planet Earth. British scientist Brian Cox is a personable host for this BBC miniseries–an enthusiastic teacher who could be Carl Sagan’s English offspring. Wonders of the Universe is a follow-up to Wonders of the Solar System, and some of the same territory is covered. But Wonders of the Universe contains plenty of amazing information and visuals in its four episodes. Cox and his producers don’t claim to speak to the scientific community (for which he and the series have received some mild complaints) but instead present for the lay audience a basic overview of four pretty giant topics: “Destiny” (the laws of the universe), “Stardust” (how stars and solar systems–and life–are formed), “Falling” (the science of gravity), and “Messengers” (the study of the travel of light, and what might lie beyond the farthest reaches of our knowledge). If the topics are big, Cox’s approach is down-to-earth and infectiously captivating. It’s hard to imagine a more enthusiastic scientist just brimming with superlatives he wants to share with his audience. The photography, and Cox’s travels to little-known ancient ruins around the world where prehistoric peoples built structures to study the stars, are both truly heavenly. Wonders of the Universe makes understanding the barely comprehensible easy and very enjoyable. Great for star watchers of all ages. 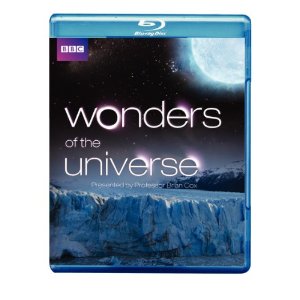 Similarly to Wonders of the Solar System, Wonder of the Universe focuses on familiar subjects and doesn’t pretend to teach advanced physics to the audience. It’s a show aimed at facilitating understanding of appealing subjects and to initiate the viewer into ideas and concepts that can lead to much deeper – and more interesting – waters.

Professor Cox is a great presenter, as his attitude and general excitement about these subjects is very easily contagious. I suppose he’s easy to relate to because he speaks our language – that of the layman – when explaining things that took the greatest scientists in history decades to decipher.

The 4 episodes do a good job at staying within their topics, so an overwhelming number of concepts are not thrown around, which makes these otherwise complicated subjects easy to follow. The second episode – Stardust – is particularly awesome. Even though it’s something most people are probably familiar with, it never fails to excite you when you see it presented in such a way.

Professor Brian Cox explores the laws of the universe. In this episode, Brian seeks to understand the nature of time and its role in creating both the universe and ourselves.

What are we and where do we come from? Professor Brian Cox finds out. The account of the nucleosynthesis of the heavy elements in stars and supernovae was fascinating. As my degree is in physics, I have already bought a text book on cosmology and am thinking of buying one on nucleosynthesis, so be careful this stuff can become addictive.

This is about gravity, and so far is the best in the series.

Professor Brian Cox explores the laws of the universe. He shows how light holds the key to our understanding of the whole universe, including our own deepest origins.
Movie Quality: 8/10

Professor Cox has rightly described the series as a “cinematic experience”. It combines state-of-the-art CGI, wonderful astronomical photos, etc. The impact he has made with both “Wonders” series can be gauged by the fact he is being called by many “the David Attenborough of astrophysics”. High praise indeed.
Overall Rating: 7/10