When It Was A Game: Complete Collection Blu-ray Review 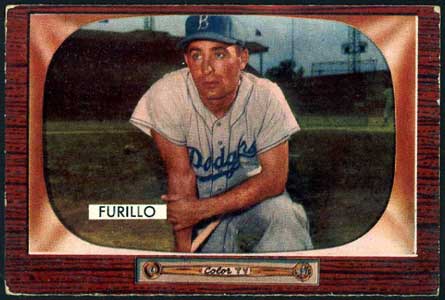 For the first time in the full three-part HBO® series on Blu-ray, the greatest legends of baseball history are vividly brought to life through never-before-seen home movie footage and memorable storytelling from fans and players alike. See Hall of Famers including Babe Ruth, Lou Gehrig, Ty Cobb, Joe DiMaggio, Willie Mays, Hank Aaron, and Sandy Koufax. Relive precious lost moments from teams like the “Gas House Gang” Cardinals, the New York Giants, and Brooklyn Dodgers. Experience epic ballparks like Ebbets Field, Briggs Stadium, and Crosley Field. Marvel at the remarkable, changing face of baseball through the years – spearheaded by Jackie Robinson in 1947. Also featuring insightful narration, interviews, and remembrances from celebrities, stars, writers, and sportscasters, When It Was A Game: The Complete Collection captures the full magic of America’s National Pastime as you’ve always imagined – the way it really was. 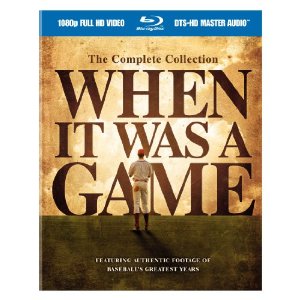 This HBO documentary is divided into three one hour segments, each remembering a different era. You can buy or rent them individually but I recommend watching all three. The entire series consists of 8mm and 16mm clips shot entirely by fans and players. Almost all are in color and none are done by professional photographers.

The quality is amazing considering the sources -clear, sharp pictures. There are special features on Roberto Clemente, Mickey Mantle and Hank Aaron, Babe Ruth, Jackie Robinson and others. This is for those of us who remember or want to know about when players lived in our neighborhoods, shopped at our stores and had second jobs during the off season to make ends meet. Dick Raddatz recalls making $6,000 pitching for the Red Sox during the season and $11,000 during the off season as a furniture mover. We lived for several years next door to Camilo Pascual, the great pitcher for the Senators and Twins. We would play catch in the back yard and my sisters would babysit his children. Jim Kaat shopped at my (future) in-laws corner grocery store and lived down the block.

They were real heroes to all of us and they were regular people, too. This series starts in the 30’s (they really did have color film) and ends in 1970 with the advent of free agency, which arguably changed the game forever, whatever you might think of its validity. This is nothing but three hours of fun and nostalgia. If you’re a baseball fan, it would be hard to recommend anything else that would be as much just plain fun. None of us can turn back the clock but for three hours you can relive those years when baseball was just a game. Enjoy..
Movie Quality: 8.5/10

The print is presented in 1080p/AVC MPEG-4 with a 1:78:1 aspect ratio. Having been several years since I last saw “When It Was A Game”, the series still holds up very well. Black levels are deep and inky. Flesh tones are accurate. Details are pretty good and what I expect. There is a nice thing layer in this print that never becomes obtrusive.
Print Quality: 8/10

The audio is presented in a DTS-HD MA l0ssless 2.0 mix. This film is primarily a dialogue driven film. Definitely more front channel speaker usage and rarely usage of the rear speakers. Dialogue is clear through the center channel with no apparent issues.
Print Quality: 7/10

For those who love baseball there is no better history of the greats from the past. It is great to see player on film that in some cases were gone before I was old enough to watch them play. You get a view of the old ball parks and uniforms. A must for baseball fans every where.
Overall Rating: 8.5/10