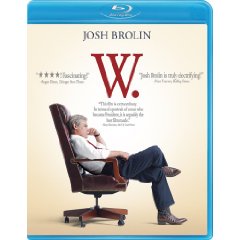 Oliver Stone has never been afraid to cause controversy in the film world. With his latest biographical film on George W. Bush, he does not stray from the formula. This is not his first biographical film on Presidents of the United States, with ‘JFK’ and ‘Nixon’ having been released over the last 2 decades. Director Oliver Stone goes for the jugular this time around with ‘W’. With a worldwide total gross of $28 million dollars at the box office, the film wasn’t a huge success. Oliver Stone churns out a very interesting film that I didn’t even expect would be this good.

Stone does not play around here with ‘W.’ as he is strictly taking sides on the subject matter. This is a film that will be either really liked by those opposing the other party and disliked by those that have followed his vision. The film does paint an unlikable image of George W. Bush (Josh Brolin) as a pure screw-up. The film speeds itself up to George’s young adult days where booze, women, and pure family embarrassment to his family takes center stage. Then Stone begins to look at Bush’s failures as a businessman and politician.

The film takes us through his issues internally and externally from a young adulthood right to his days as the President of the United States. The film doesn’t break any new ground with most of the issues and problems that he has caused over the years. From the drunk driving to the womanizing, he did damage to his relationship with his father George Bush (James Cromwell). When his father loses his election to Bill Clinton, George W. Bush vows revenge and that his father didn’t campaign hard enough.

The film also does a good job with depicting present day as it takes us through how he finally cleans himself up, marrying Laura (Elizabeth Banks) as he gets into politics as Governor of Texas. We also have members from his cabinet depicted in the film also, Karl Rove (Toby Jones), Vice President Cheney (Richard Dreyfuss), Dr. Condoleezza Rice (Thandie Newton), Secretary of State Colin Powell (Jeffrey Wright), Secretary of Defense Donald Rumsfeld (Scott Glenn) and CIA Director George Tenet (Bruce McGill). The cast does a very good job pulling the films story through very well as it shows the side of George W. Bush that we knew about, yet thrown in the viewers face.
Movie Content: 4/5 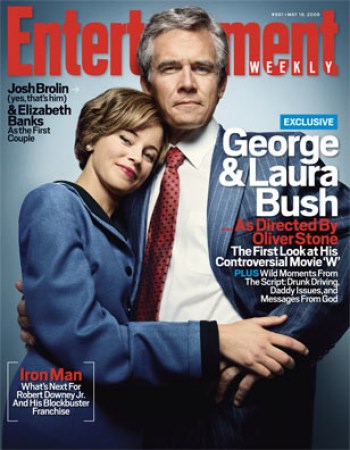 The print is presented in 1080p/AVC MPEG-4 with a 2.35:1 aspect ratio. Comparing this film to Stone’s previous presidential bio-pics, this one was filmed on a lower budget. While the film does not come off as being on the cheaper side there are times where it comes off this way. Colors are mixed in this presentation as there are some which are vivid and others that are muted. Muted colors tend to win in the image quality. Black levels are good. There are a few problems with details where in some scenes they are excellent and in others fall below average. Flesh tones are natural and accurate, due to the inconsistent details at times is lacking. Overall I wasn’t impressed by the print, but it is adequate enough for the print considering the low budget.
Print Quality: 4/5

The audio is presented in DTS-HD MA lossless 5.1 mix. ‘W.’ is a dialogue heavy film with the audio coming front and center. Dialogue is clear without any hiccups. Paul Cantelon’s score is more front heavy, yet it still brings in some sound from the rears helping fill-in the soundfield.
Audio Quality: 4/5 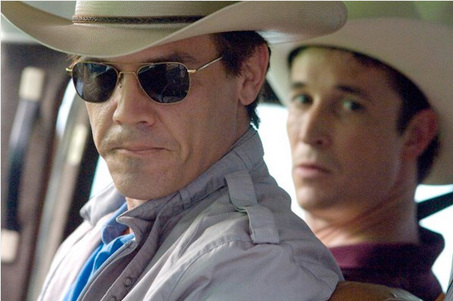 Even though ‘W.’ is a lower budget film by Oliver Stone, he makes sure to get his message across on how he feels for former President George W. Bush. While some truths are stretched in the film due to Stone’s political stance, he tends to allow his own personal views to be mixed in the direction of the film. On Blu-ray, both video and audio are above average considering that this is a lower budgeted film. I enjoyed the film for what it is and would highly recommend it viewing this regardless if you like or dislike George W. Bush or Oliver Stone.
Overall Rating: 3.5/5