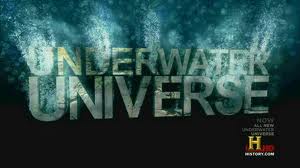 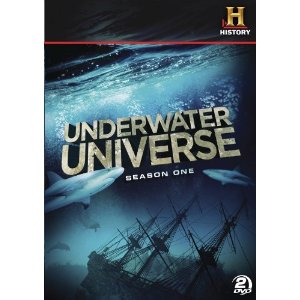 Underwater Universe tracks the history and evolution of the Ocean’s seven deadliest zones – locations that throughout history have been the direct cause of human devastation by floods, tsunamis, hurricanes, whirlpools, ice, underwater volcanoes, and shipping graveyards. Leading oceanographers, expedition footage from partnering organizations like Woods Hole Oceanographic Institution and the National Oceanic and Atmospheric Administration, and 3-D animation depict the awesome cosmic and geological fluctuations that make the Oceans deadly over time. Viewers see how history records our early ancestors interacting with these deadly forces, i.e., The Great Flood; cultures worshipping the ocean as a fickle God, and making sacrifices to satiate it. With advances in navigation, engineering, and meteorology, people today have learned to avoid some of these catastrophes. But our sophisticated technologies have also created new threats, and the possibility that our own actions are making the oceans deadlier.

The Underwater Universe generates three types of deadly waves, each bigger and more destructive than the last: Rogue, Monster and Tsunami. This episode will progress from bigger to bigger waves and explore how these killers are born and what makes each unique. We end the hour with the biggest recorded impact wave in Earth’s history: a mega Tsunami over a hundred feet high destroying everything in its path. How did it happen? How did the planet survive? And could we be hit by a wave that big again?
Movie Quality: 7/10

This series explores the fascinating dark side of the Ocean. Four episodes present the complete and definitive story of the world’s oceans through the prism of its Five Deadly Forces…Ties and Currents, Pressure, Waves, and Predators. These are the Ocean’s unpredictable governing powers, deadly forces that have brought terror and destruction throughout history. Each episode explores a different deadly force while mapping its awesome past and contemporary presence throughout the Pacific, Atlantic, Indian, Southern, and Arctic Oceans.
Overall Rating: 6/10