Two and a Half Men Season Eight DVD Review

Posted in DVD Reviews by George Theofanopoulos on 31 August 2011 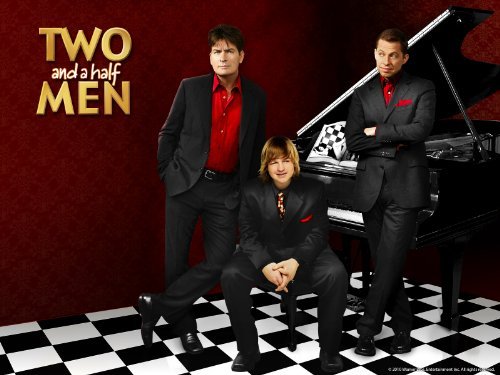 This season, Charlie has a thorny problem: Rose. Before, she was on the make for Charlie. Now she’s married and supposedly off-limits – and that’s irresistible for lust-struck Charlie. He pursues her. That and other situations are all part of the hilarious antics of Charlie, his sad-sack bro Alan and his underachieving nephew Jake as they return to make Two and a Half Men #1 among TV comedies. Don’t miss Charlie keeping his mojo in motion with Michelle (elegant, older), Courtney (cheap, sexy) and, of course, Rose (crazy, crazy). Alan burning down his girlfriend’s house and hatching a chiropractic Ponzi scheme. And Jake risking his body and (few) brain cells to film a Jackass ripoff. Bad boys. Funny Men. 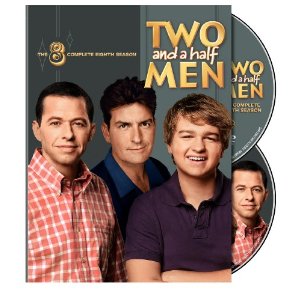 In one of Chuck Lorre’s famous vanity cards he spoke eloquently of creating Two and a Half Men and finding a star that was humble and funny and how he assembled a cast that is the end all be all for his vision. Now going into the 9th season of Two and Half Men those good feelings of appreciation for Charlie Sheen, without whom these two men would have had yet another failed pilot as Lorre talks about in his vanity cards after Dharma & Greg had been canceled.

What could this child have in common with Alan, (Jon Cryer), Berta, (Conchata Ferrel) Evelyn, (Holland Taylor) Jake, (Angus T. Jones) Rose ( Melanie Lynskey) Judith, (Marin Hinkle) Herb (Ryan Stiles)?
How do they integrate into a mid forty and over cast a character named “Raymond”( Ashton Kutcher) who was born in 1979? a 32 year old kid, what does he have in common with this cast of characters who are searching for meaning in middle age? He is closer in age to Jones than any other member of the cast.

Granted, Ashton Kutcher is married to Demi Moor who was born in 1962 and is 17 years older than Kutcher but he does not have 20 plus years of life experience, nor can he act. He found fame on that 70’s show, and while the title of the show and its wardrobe and sets where 70’s the show dealt with current issues for Kutcher’s age group. The show did not have the following of matured and life seasoned viewers as Men does.

The bottom line is Lorre and Sheen had a falling out. Lorre is now fighting for his television life by attempting to replace an eight season character (Charlie Harper) who is loved by millions a 45 year-old lush and womanizer who has moments of clarity and wisdom and a quick wit and Cynicism…..with a kid.
Lorre and Aronsohn completely “kill” Charlie Harper the nucleolus of their hit series just to try to grab a few extra bucks. It is not about the show or the audience in my opinion this is sheer greed on the part of Lorre to grab every buck he can and exploit the fine actors that have helped to make him a very wealthy man.

I can’t see any way that it will work or that the audience that has supported this wonderful show that their generation could relate to and understand its complex humor is going to accept this situation.

As a writer he should be true to his craft and end the show instead of running it into cancellation by CBS. Lorre has other hit shows on CBS he should focus on those and let this show end with dignity.
Movie Quality: 9/10

And I will truly mis the show with original cast. But, am a little excited to see how they will spin it with Ashton now. Fans will not want to miss this final season with the trio that started it all as a new chapter will begin with season 9.
Overall Rating: 8/10