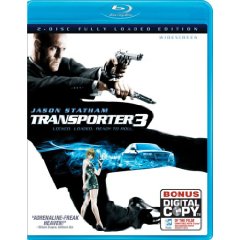 I have been a fan of the ‘Transporter’ series albeit both films being just plain sit back and have fun kind of films. Every so often we need those mindless action films where you don’t have to think about plot or story. Many of Jason Statham’s action packed films are just that. ‘Transporter 3’ would go on pulling in $53 million dollars worldwide at the box office. While this is lower than the sequel from 2006, it can still be garnered a success.

Jason Statham is in the same class action hero as Steven Segal and Jean Claude Van Damme for this era of films. Back in the 80’s we had so many A and B list action stars like Arnold Schwarzenegger, Sylvester Stallone, Steven Segal, and Jean Claude Van Damme. As we got into the 90’s their luster withered away and in the 2000’s Hollywood was looking for an action star. They tried with Dwayne ‘The Rock’ Johnson, but he went off and started making comedies and dramas. There was Vin Diesel, who suffered the same fate as ‘The Rock’ with the direction of his career. As we can see, we haven’t really had an over the top action hero churning out film after film here in the new millennium. I think that on a lower level, Jason Statham has quietly taken that honor.

What is great about ‘Transporter 3’ is that it takes us back to its roots following a similar structure like the first film. The huge difference is that this is a much more serious film than the sequel. The plot of the third film is also a bit far stretched beyond reality, but the delivery makes for an enjoyable film. Frank Martin (Jason Statham) is forced into transporting cargo for a group of baddies. At the same time, the main villain Johnson (Robert Knepper) is also twisting the arm of a high ranked government official to allow his ships to bring in biochemical wastes into the country. Then add to the mix this time around that both Martin and his female companion Valentina (Natalya Rudakova) who have bracelets on their wrists that will explode if they move more than 75 feet away from the car.

I absolutely love almost all of Jason Statham’s work and this is no different. He has become a great actor for these nonstop action films. There is just something about him which elevates films of this nature. François Berléand returns as Inspector Tarconi and he is just as fun to watch as the first two films. I was a tad bit annoyed by Natalya Rudakova as she just came off kind of uninteresting. While Statham steals the show as the hero, it’s Robert Knepper as the villain Johnson that is great in his role. He plays villains (T-bag in Prison Break) so well that I see him having a nice future ahead of him in Hollywood even if it’s not in blockbusters.
Movie Content: 4/5 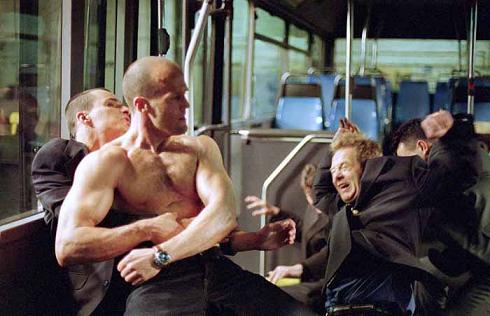 The print is presented in 1080p/AVC MPEG-4 with a 2.35:1 aspect ratio. The details are very sharp and clean on this print of the film. This is one of those films that will make you happy being an early adopter of Blu-ray. From the colors to the details, your jaw will drop if you look for some of the superb details. Colors are vibrant providing an excellent looking picture. Flesh tones are natural and accurate looking. Blacks look inky. Details are where this film shines the most with the camera even panning away in many scenes. Not once did I feel like I was at a loss for details making this a very strong presentation.
Print Quality: 4.5/5

The sound is presented in a DTS HD Master Audio 7.1 mix and is excellent. Since this is a dialogue heavy film, the chatter is coming out of the center at a very nice level. This is a very atmospheric and immersive sounding film. The rears provide quite a few times where sound effects panned across the speakers. There are many scenes that are outside which also take advantage of the soundfield providing some dynamic sound. Dialogue is clean through the center sounding ever so crisp.
Audio Quality: 4.5/5 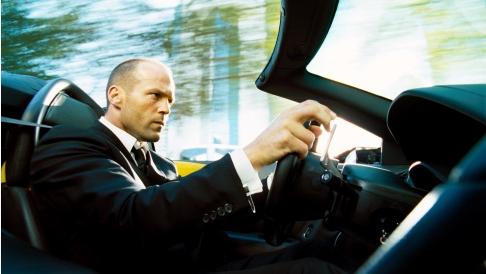 I had a lot of fun watching ‘Transporter 3’ and was glad to see the film return to its roots following similar elements with the original. On Blu-ray, the film actually looks stunning and sounds fantastic offering a nice demo worthy experience. I highly recommend ‘Transporter 3’ to fans of the franchise and those looking for a fun night with mindless action.
Overall Rating: 4/5