Posted in DVD Reviews by George Theofanopoulos on 16 June 2011 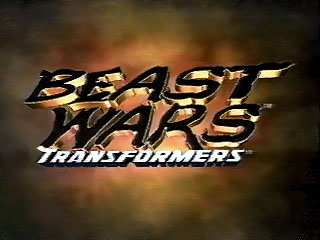 The complete Emmy® Award-winning epic of the Maximals and the Predacons in one 8-DVD set featuring all 52 episodes spanning 3 seasons! When the descendants of the treacherous Decepticons – now known as Predacons – land on a mysterious planet in search of the powerful crystal fuel Energon, it’s up to Optimus Primal and the heroic Maximals to stop them before they conquer the universe! Bonus Features: Retrospective featurettes Art galleries New interviews 12-pg book Bonus! The Transformers – Beast Wars: Complete Series set includes a 24-page comic book Transformers Timelines “Dawn of Future’s Past.” Originally published by Fun Publications for BotCon in 2006, this is the official prequel story leading right up to the start of Beast Wars and offers valuable insight into all of the events that led to Optimus Primal’s crew chasing after Megatron and his Predacons! Fans will enjoy this pre- Beast Wars story as well as several other Transformers extras! The story is written by Forest Lee and Pete Sinclair with Beast Wars story editor Bob Forward and Benson Yee serving as story consultants. 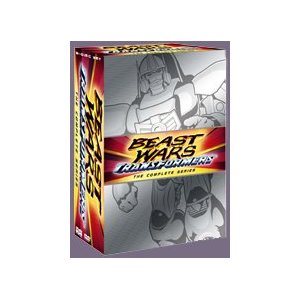 Beast Wars came on the scene in 1996 as a totally new 3D-animated Transformers show. Despite mis-givings and apprehensions of die-hard G1 Transformers fans, Beast Wars picked up a cult following of former fans and new alike. One thing to attract this old school Trans-fan was the upscaled fight scenes. The brutality of the fight scenes really gave me a sense that Mainframe Entertainment made this series for aging G1 fans. Gone were the days where robots would shoot at one another and no damage would occur. In Beast Wars robots would literally be blown apart. Fortunately the writers of the show got around this by including a automated repair unit in each of the factions’ ship bases.

But where Beast Wars shined was the various homages paid back to the G1 story and time line. This series was sort of a sequal or in essence a prequel to G1 due to that whacky time travel paradox. (Season 2 spoiler – The Maximals find the original Autobot Ark in prehistoric Earth). Another homage to G1 was the 2nd season appearance of Ravage. And then of course numerous dialogue references to G1.

The CGI animation was good for its day, (being made in 1996), and surprisingly looks excellent on DVD. Bright colors with shimmering metallic appearance. Shame the environment was a bit bland. But nonetheless, the series had excellent animation over its 3 season run.

Season 2: Picking up the pieces from an abruptly concluded Season 1, “Aftermath” documented the transition of some Transformers into “Transmetals”, due to a quantum surge. The gloomy atmosphere in the Maximals’ camp, following the supposedly destruction of Optimus Primal, was very well rendered. We get to see very distinctive character developments in the ways how Rattrap, Cheetor, Rhinox and Dinobot handled their leader’s death.

And of course, “The Agenda” three-parter provided the most blatant linkage of the Beast Wars series to the original G1 story. We saw the appearance of the G1 Decepticon Ravage and the many cameos of G1 characters like Optimus Prime, Soundwave, etc., and we rejoiced that an excellent animated series like this has finally went into history as being an official continuation of the great G1 series. These are episodes that you’d want to watch again and again, because just by the sheer thought of mentioning, I’m already experiencing goose pimples.

Season 3: The final season of one of the best Transformers shows to date in my honest opinion. While this season picks up after the big dramatic finale of Season 2, thinking if there would be a chance for the Maximals to be able to fix the damage that was done at the end of the previous season. Although that damaged was fixed but at the same time the battle was far from over, the Predacons done whatever they could to try to get control of what is better known as the Autobot ship, the Ark. While this season has seen a new comer come in along with two old friends, but coming back in a way that nobody had seen coming for whatever reason they thought they would be coming back. Although that this season is 13 episodes just like Season 2, but just like Season 2, the writers didn’t fail at delivering the best story telling that they could for the series and a lot of unexpected twists go on in this season.
Movie Quality: 9.5/10

The thing that set Beast Wars apart from its predecessor G1, was the accuracy (or similated accuracy) in robot transformations. Meaning that because this was a 3D animated series, the robot modes had to match the beast modes in size and form. The transformations had to appear as if they were the actual toys being transformed by a child.
Overall Rating: 8.5/10