Posted in DVD Reviews by George Theofanopoulos on 03 January 2009 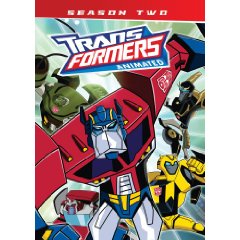 ‘Transformers Animated’ Season 2 was one of the best seasons of any Transformers cartoon I have seen in a while. There are a lot of G1 cameos in this season, as well as all around great stories and artwork. Your going to be pleasantly surprised at the familiar faces that pop up and the season finale will get your heart beating.

This second season continues where the last left off.  The first season focused on the Autobots working with a young girl named Sari Sumdac and trying to find the Allspark, meanwhile Sari’s father (Professor Isaac Sumdac) thinking that Megatron is a good guy, works hard to revive him (and following his orders to keep his existence private).  The season reached it’s climactic point as Megatron is revived and the battle between the Autobots and Decepticons go full force.  And Sari’s father is kidnapped by Megatron and forced to be a slave to Megatron. 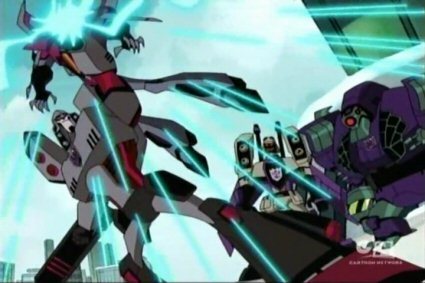 I’m an old school G1 fan who had almost everything Transformers growing up, and I absolutely love this series. Great for both children new to Transformers, as well as adults who will appreciate all the thought put into the series for older fans.
Overall Rating: 4/5 (Purchase)