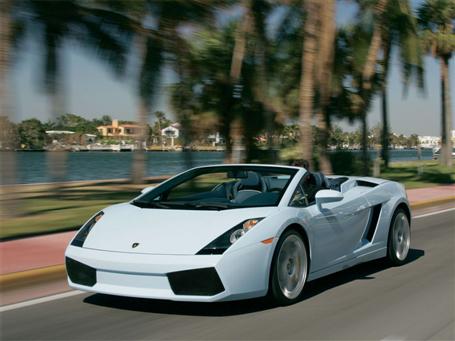 The 14th series of Top Gear returned to BBC Two and BBC HD on 15 November 2009, with the usual presenting team of Jeremy Clarkson, Richard Hammond, James May and The Stig. The series contained 7 episodes. Episode 1 featured the team being sent to find the Transfăgărăşan road in Romania with Jeremy in a Aston Martin DBS Volante, Richard in a Ferrari California and James in a Lamborghini Gallardo LP560-4 Spyder. Episode 2 featured Jeremy, Richard and James attempting to build an electric car better than a G-Wiz. Episode 3 featured a road trip between James May in an caravan airship and Richard Hammond in a Lamborghini Balboni. Episode 4 featured a road test of Renault Twingo RS 133, before being driven off the docks in Belfast. Episode 5 featured Jeremy, James and Richard taking over an art gallery in Middlesbrough and filling it with motoring-related works, in attempt to prove “cars can be art too”. In the style of their trips to Vietnam, Botswana, the North Pole and the United States, Episode 6 was a 75-minute special from Bolivia. Episode 7 featured Jeremy’s worldwide review of the BMW X6, including visits to Hong Kong (to find a metaphor that describes the car), Spain (to test if the suspension is better on Spanish roads), Barbados (to work out if the car is better than a tropical holiday) and Australia (to test if the glove box still works). The series was followed by four “Best Of Top Gear” specials, charting the best moments from Series 13 and 14. 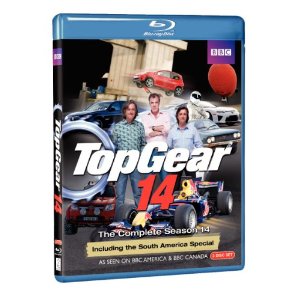 Seeing as how perfect the i-Thrust was, the team decided to take it to the testing rage, where it underwent a full set of European crash and reliability tests. Thanks to some clever ideas, which at least for me brought insane amounts of laughter, it passed almost all of these, including beating the G-Wiz, a bicyclist and a fast girl in a drag race. Sadly, the i-Thrust was no match for the new Toyota Prius in said race.

All of these tests culminated with two events, the Eco-Stig taking the i-Thrust in an autonomy exercise, which ended up quite badly, and the regular Stig taking it to the headquarters of Autocar, where it underwent the magazine’s famous drive test. Once again, things didn’t end up as the guys would’ve wanted.

A great segment of the show was also dedicated to the Audi R8 V10 model, a perfect supercar for any sensible man, according to Jeremy, but totally lacking any sort of personality. The German model was thrown against the “bonkers” Corvette ZR1, which was all around the test track, with bits falling off, but did all of that filled with personality.

The star in the reasonably price car was Michael Sheen, which managed an extremely good time, considering the track was damp, he just arrived in the UK with an airplane and, according to him, was also Welsh. Overall, a season, which didn’t really start in full swing but got into motion fast enough.

The print is presented in 1080i with a 1.77:1 aspect ratio. The overall image quality is pretty good for a show at 1080i. Colors are very vibrant and have a good pop. Details are very well done throughout.
Video Quality: 9/10

The audio mix is presented in Dolby Digital 2.0 track. Since the movie was originally a 2-channel stereo release, the Dolby Digital 2.0 soundtrack is mostly front-channel. There is very little for the surrounds to do, and one has to purposely get up close and personal with your surround speakers to hear anything at all through most of the movie.
Audio Quality: 6/10

Seven full length episodes (run time approximately 406 minutes for 7 episodes, special features run about 80 minutes), along with audio commentary from their South American Special (hilarious!), behind the scenes Celeb in the reasonably priced car, and many other extras.
Overall Rating: 7/10