Posted in Wrestling Reviews by George Theofanopoulos on 19 April 2010 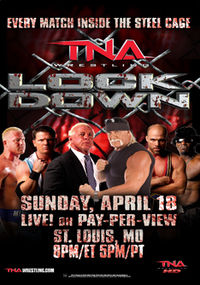 I ended up missing the opener between RVD and Storm, but everything I read was great about the match. It was a bit odd to see the heel lose here, but interesting.

The X Scape Match was ok, nothing earth shattering and they pretty much took the tag match and changed it to a 4 way #1 contenders match for tonight’s X title match. I just was not impressed by this move, let alone stripping Doug Williams of the title in his absence which was not his choice. I guess they are taping 2 weeks worth of Impact this week, so that would mean 3 weeks with no X Champ on TV which makes sense when you look at it that way.

I was surprised by Nash vs. Young as it turned out to be totally one sided, but at this point it was well done because Young just isn’t cutting it anymore as one that they were trying to push to the sky. I am fine with Nash winning here the more I think about it. The crowd is just not clicking with Young and they probably never will. Nash cut a nice promo at the end that he was going to be Hall’s partner tonight since Waltman no-showed.

The Knockout Tag Match for the singles and tag titles didn’t do much for me and it was a shame that it was a short match. It was a shock to see Madison Rayne win the title, but they have diminished the value of this title that it has change hands so many times within the last 2 months. Tara should have never lost this title in the lock box crap and Love shouldn’t have lost here tonight either.

The X Division Title match was well done and right behind the Angle vs. Anderson match for quality tonight. I feel bad for Williams as he was building to some great stuff and to lose the title like this is a shame. I hope they build off that when he returns. Kaz worked his ass off this match and I am glad that Moore didn’t win and same goes with Homicide. I like Cide, but he has had no build at all going into this. I think that Kaz and Williams can really bring respect to this division.

T3D vs. The Outsiders is what I expected, a nice fun brawl. I wasn’t expecting sweet science here at all and did get what I expected, so I was not upset at the end when T3D won. The right team won here and it is time TNA to move on from The Band, they have one too many unreliable guys in this group. Nash looked pissed earlier in the night and I bet some embarrassed that he stuck his neck on the line for Hall and Waltman, only for Waltman to screw things up again.

Last night, I think we saw the Match of the Year Candidate and if not of the decade so far. This match reminded me so much of the Samoa Joe vs. Angle match from Lockdown 2008 with so much hype and build. Anderson vs. Angle was so well done with this feud, except for that ladder match a few weeks ago on Impact. They brought this to a whole different level with their match which just they just kept building on. I was afraid for Angle at the end with that moonsault off the top of the cage, but he nailed it. I thought it was over with at that point, but it made no sense and was brilliant what happened next. Angle crushed Anderson, but 20 seconds later Anderson gets up and gives two middle fingers to Angle as he was trying to walk out and Angle kicked his ass some more. Angle ended the match with a win which was good and it left both men very strong here. I liked Angle explaining at the end that he is taking time off to the fans.

Styles vs. Pope was another great match tonight, yet it was a notch below for me as I think if these guys were given 5 more minutes it could have been fantastic. I hated the ending to this match since Styles using a pen to the eye was just horrible way to end the match. Pope did well and shows that he should stay at the top, his character is fantastic. He did look a bit gased towards the end though. My biggest problem with this match is that TNA really left their foot off the gas a month ago with this feud and it hurt a bit of the hype for me. Styles and Pope had to take a backseat to the Hogan/Flair storyline.

Lethal Lockdown was entertaining, while not my favorite Lethal Lockdown match of all the ones in the past. I couldn’t understand how Abyss started the match off if they said he had a hairline fracture (fake). I didn’t give much thought to this match and just sat back trying to get entertained. From an entertainment standpoint it worked. By the end of the night, I felt like too much blood was dripped and it really made me numb in this match. The use of thumbtacks have to go, you have to be a fool Flair to take that bump. I couldn’t believe it at all, but he looked in great shape though. Sting also took a bump on them, but you could tell he was wearing padding, smart man. I was worried that Jeff Hardy was going to kill himself jumping off that ladder on top of the cage as it was sitting on that mesh and could have tipped. I am glad that nothing happened and he dove off of it without an issue. What I disliked at the end was the whole Hogan/Flair/Bischoff deal. I hope that TNA is going somewhere with this, because it isn’t helping their shows at all.

The first half of the show (first four matches) was something that I could have done without. Between Waltman and Williams, it caused TNA to write up a few new scenarios which is fine. I think that Waltman should be fired after this, he has had too many chances. Williams should have never been stripped of the title, but the problem is that with him missing Impact tonight and the Tuesday/Wednesday tapings. This places TNA and the X division in a bad spot. If you are on the fence of ordering the replay, I would alone order this for the Anderson vs. Angle and Styles vs. Pope matches. I wonder if next year TNA should just stick with 4-5 top matches being in the cage and the rest of the under card doesn’t use the cage.

We will see what happens tonight with the aftermath of the Lethal Lockdown match and there is a new contender to be named tonight on Impact. 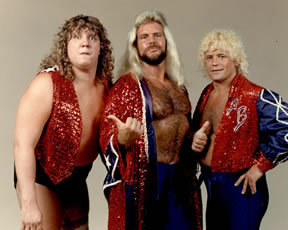 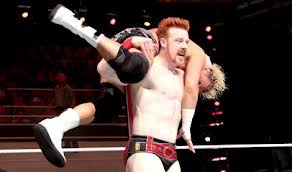