Things We Lost In The Fire Blu-ray Review 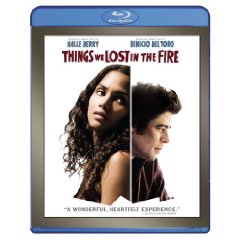 The plot hinges on the Good Samaritan death of Steven Burke (David Duchovny), a successful Seattle-based real estate developer whose sense of decency and devotion inadvertently triggers a series of events leading to the tragedy. Left behind are two broken people – his angry, emotionally fragile wife Audrey (Halle Berry), who has two small children to raise by herself now, and his close friend Jerry Sunborne (Benicio Del Toro), a one-time lawyer who has become a full-blown junkie constantly strung out on heroin in a depressing SRO unit downtown. Even though Audrey is distrustful of Jerry, Steven has remained loyal – a point of contention that after Steven’s death, motivates Audrey to invite Jerry to stay in her half-finished garage after the funeral. Their relationship becomes confused but at least, it does not make a predictable turn toward a romance. Instead, we witness Audrey’s almost instantaneous dependency on Jerry and her subsequent resentment of him when he becomes a father figure for her children. From that point, it becomes gradually clearer that both need to move forward with their lives in light of their personal limitations.

As Jerry, Benicio Del Toro inhabits his role to maximum effect, bringing a haunted quality that he leavens with his natural charisma. He is particularly harrowing during his character’s detoxification, and you can’t help but root for his recovery no matter how uncertain it may be. Halle Berry does an admirable job in portraying Audrey’s prickliness while maintaining a sympathetic core. At the same time, she is saddled with more of the plot contrivances than Del Toro and has a breakdown scene that feels a bit too calculated. 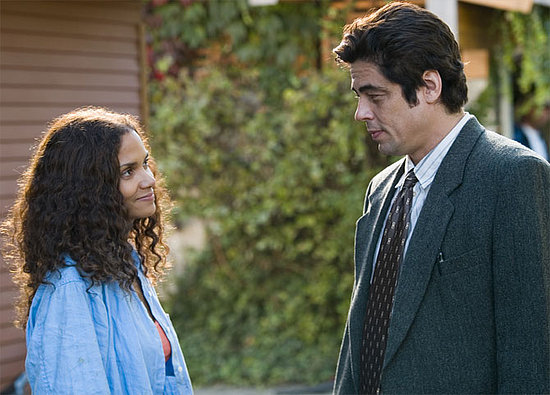 The print is presented in 1080p/AVC MPEG-4 with a 2.35:1 aspect ratio. The print actually looks stunning with a very nice looking color palette that pops. Black levels are deep throughout the film. There are a lot of rich colors like reds, blacks, and yellows. There are some subtle hints of grain in the print, and tends to get heavier during flashback sequences. The image quality is the same as the HD DVD which was released last year towards the tail end of the format.
Print Quality: 4/5

The audio is presented in Dolby TrueHD 5.1 mix. With this film being dialogue driven, the presentation is front heavy. Dialogue is clean through the center channel with no apparent issues. The rear surrounds do not get much usage, except for a few effects.
Audio Quality: 4/5

I think that both Del Toro and Berry both pull out some of the best performances that I have ever seen from their careers in this film. The film shares the same transfer from the HD DVD which was no slouch nearly a year ago.  This is a film that I highly recommend viewing.
Overall Rating: 4/5