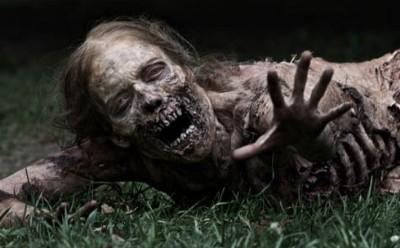 Arguably the biggest hit of the 2010 television season, the apocalypse drama The Walking Dead pulls the zombie subgenre out of its overexposed doldrums and finds, ironically enough, the humanity and emotion beneath its rotting shell. Produced by Frank Darabont (The Shawshank Redemption) and Gale Anne Hurd (Aliens) and based on the acclaimed graphic novel by Robert Kirkman, The Walking Dead follows a band of Atlanta-based survivors of a viral outbreak that has caused the dead to rise up and consume the living. The group’s nominal leader is a sheriff’s deputy (Andrew Lincoln) who wakes from a gunshot-induced coma to find the world in disarray and his wife (Sarah Wayne Callies, Prison Break) and son missing. His search for his family and the survivors’ attempts to make sense of their lives in the wake of the outbreak is handled with intelligence and sensitivity, which helps to elevate the show beyond the grindhouse take on zombies, which favors spilled guts over character development. That’s not to say that the blood doesn’t flow plentifully here: the special effects are on par with zombie-movie mayhem, but again, they aren’t the show’s raison d’être. Solid performances, including Jon Bernthal as Lincoln’s partner, Jeffrey DeMunn as the group’s leading rationalist, and Michael Rooker and Norman Reedus as a pair of trouble-making rednecks, and gripping suspense make each of the first season’s six episodes compelling from start to finish for both horror fans and those who dislike the genre as a whole. 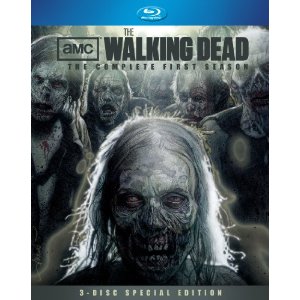 The first season of AMC’s The Walking Dead was subject to a great deal of speculation, hype, and varying degrees of opinion. There were some who thought the hype was too much and that, despite the right components being in place, the show would fail to meet every expectation laid out for it. And there were those who felt that The Walking Dead would break onto the scene and immediately launch itself into the stratosphere of history’s greatest television shows while simultaneously reconfiguring the public-at-large’s opinion of the horror genre. And, in the end, neither side was truly right. But what is clear is this: The Walking Dead is excellent fare that has occasion to be uneven, but it’s tempered in such a way that it takes its time with the characters and never becomes dull or wanders aimlessly. While not the greatest show on television, never mind not being the best show on its network, The Walking Dead is wonderful and innovative television that horror buffs and drama fans alike can stand beside proudly.

As someone who has read the entire run of the comic series to current, I can safely say that Frank Darabont, Robert Kirkman, and the production team around them manage to hit on the important aspects of the comics and translate them with great efficiency. What they also manage to do successfully is introduce a number of new locales and characters, and deviate (quite distinctly, more often than not) from the source material without infringing on the tone, rather adding layers to the story and planting seeds for future arcs and many happy (or quite the opposite) returns down the road. The Walking Dead strikes an almost perfect balance for adapting a work, expertly recreating powerful scenes that made the comic the success that it is while using artistic license from the considerable talents involved and tweaking the formula in ways conducive to the television format. When the credits roll on the sixth and final episode, the landscape is one considerably different from where the comic left readers after six issues. And that is a comforting thing, as prolonging events (or even altogether avoiding them) that transpire in that first arc allows tension to metastasize and characters to flourish.

The heart of The Walking Dead is, as it is in the comic, the characters. All of the primaries are dutifully played: Rick Grimes, the central protagonist imbued with a natural leadership, is portrayed with conviction and by Andrew Lincoln. The first episodes focus particularly on him and his struggle to locate his wife, Lori (Sarah Wayne Callies), and their son, Carl (Chandler Riggs). Shane is represented wonderfully with an additional air of menace by Shane Bernthal, who never goes over the top in rendering the character as one on a particularly precarious edge while maintaining the believability that he is, more often than not, a good man and a devoted friend. There seems to be more to do with Lori in the early going here when compared with the comic, and Callies is up to the task, portraying Lori as a strong woman focused on survival, and the deeper exploration of the questionable relationship between her and Shane is made even more potent by their performances. Carl’s role is a bit suppressed when compared to the comic, but Riggs handles him well and should serve the role well in later episodes.

What The Walking Dead does extremely well is allow the performers to bring these characters to life, and that extends to the large part of the supporting cast. Jeffrey DeMunn’s Dale is the calm, sage-like center, often providing the voice of reason in the wake of the show’s darkest moments, and DeMunn plays him with passion and power. Laurie Holden is at her best as Andrea, brimming with real, tangible emotion, particularly in the episodes “Vatos” and “Wildfire,” bringing a suitable grace to scenes that pack a heavy emotional punch. Few stones are left unturned, and almost every member of the group of survivors is given nuance. There is very little in the way of cannon fodder characters, and even tertiary characters are given careful consideration. Lennie James’ turn as Morgan Jones in “Days Gone Bye” is one that nearly steals the episode away from the main players and certainly calls for a return and a more prominent role in later episodes.

But that isn’t to say all characters involved are perfect: Ed Peletier (Adam Minarovich) is little more than a stock domestic monster, and has little to do with his screen time aside from repulsing the viewer as a relatively by-the-numbers wife beater cliche. Merle Dixon is played well by the always exceptional Michael Rooker, but the character is relatively hollow, a racist archetype, who is introduced in the midst of something of a breakdown, spewing racial epithets and endangering (and outright assaulting) other survivors. Rooker’s acting (and a bit of timely dialogue) saves the character in the cold open to “Tell It to the Frogs,” leaving the hope that the character will return with more complexity and allow Rooker to display his talents further.

What is impressive about The Walking Dead is the verisimilitude with which it carries itself. It plays things razor straight and never deviates into needless exhibition of blood and guts. And for all the emphasis on character and acting, enough cannot be said about the work done by Gregory Nicotero and KNB EFX, rendering the living dead and the gory details in as realistic a manner as possible. And, at times, the show moves at such a pace that one may forget that it is just that: a show about the zombie apocalypse. This is why the show succeeds. It never deemphasizes character in favor of the living dead, rather using the latter as a means to punctuate the story.

The print is presented in 1080p/AVC MPEG-4 with a 1:78:1 aspect ratio. Having watched this show on AMC on its first run and now on Blu-ray, this show looks absolutely stunning on Blu-ray. While shows this day and age are shot with HD camera’s, The Walking Dead is shot with 16mm which shows off the dark and grittiness of the print. The grit helps in bringing the viewer to this world of zombies. Colors are not overly strong in many scenes looking drab, except for scenes which are filmed outside. Blacks are very deep. Throughout the show I felt like like I was a part of this depressed looking world which the production team did their job.
Print Quality: 9.5/10

New Features for this set

Through six episodes, The Walking Dead relies on extremely compelling performances and pretty exceptional writing and directing, though it occasionally lacks punch, particularly in the wake of the strength of the Darabont-directed first episode. The finale does enough to draw toward the second season, which has quite a bit to live up to. But for the occasional unevenness, the first season of The Walking Dead powers along and serves as something of a screen test for a longer second season.
Overall Rating: 9.5/10