Posted in DVD Reviews by George Theofanopoulos on 29 January 2021 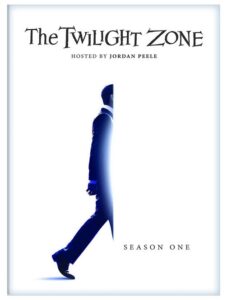 Jordan Peele is someone to watch! Although this is different, it pays homage to the past in a very rewarding way. As a fan of the original series, I am glad we have this series back in a meaningful and creative way. New isn’t always bad. If you want it like the original, watch the original because it will never happen. However, this is the next best thing and the next logical step. Not nearly as subtle as the original and some parts sloppy, but entertaining. Peele isnt the only one putting in his political opinions in the story. Rod often showed his feelings on war in the show, expressing how each side had similarities.

Although it will never be as great as the original I do believe some of the episodes were spot on with the modern times.
Overall Rating: 9/10