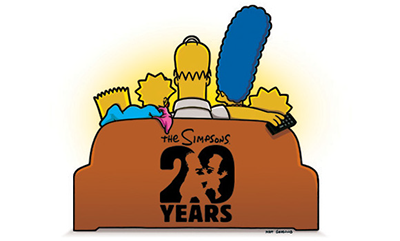 As of February 15, 2009, The Simpsons shifted to high definition to keep up with the times (at least in appearance). The change was easily visible for two reasons. For starters the opening sequence changed and began to include longer and longer couch gag sequences. However, the most important change is in the show’s traditional dynamic. The Simpsons, despite being a cartoon, started as anything but. It may have featured very sketchy character designs in its opening days, but it was socially intelligent and culturally apt. As the years went on, the animators fine-tuned the appearance of America’s favorite yellow family and the characters acquired a set look that carried it through 19 and a half seasons. 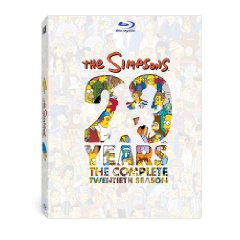 There was never too much character detail, but it worked because the character-driven stories (at least in the first 10 seasons) helped you look past the simplistic designs. As the show’s quality decreased in an effort to prolong its legacy (assuming you trust Mr. Scully), more detail was given to the characters, the voices changed a little, and the entire village of Springfield received a touch-up.

Decrease the quality in storytelling, increase the quality in visual appearance. True, it’s partially due to a growing demand for shows to look their best on high-definition televisions, but it’s also a factor of laziness in the series’ legacy. Damn you Mike Scully. There’s not a single well conceived episode in season twenty. Not one. Most of the season’s stories feel like rehashes of better episodes from the past, redone with a different character set and worse jokes. To make matters worse, this season has a record setting number of flashback and imagine-if episodes. How many times can we transplant the Simpson family into a classic story or different time period? Too many.
Movie Quality: 8/10

The print is presented in 1080p/AVC MPEG-4 with a 1.85:1 aspect ratio. “The Simpsons” makes its debut on Blu-ray but its important to emphasize that the first nine episodes on Disc 1 are 1080p upconverted and in 1:33:1 standard and although it may look better than what you see on your television, it doesn’t look all that great as a Blu-ray presentation. The PQ is a bit blurry, there is combing and aliasing and for the most part, it’s not going to look too great. But once you switch to disc 2 and that is where you notice a huge difference as the series is now 1080p. The 12 episodes are now widescreen and colors are vibrant, cleaner and look very good (not perfect as it has its share of aliasing but still much better than what we see from the first disc).
Video Quality: 7/10

The audio is presented in DTS-HD MA lossless 5.1 mix. The show is front and center-channel driven and dialogue and music is crystal clear. Certain sounds really jump out from the front channels (and I never heard “The Simpsons” television series this good before) and there is occasional LFE but this is the best that I have heard the series sound. It would have been great if it utilized the surround channels but for an animated television series, it’s a pretty good lossless soundtrack. Not too immersive but “The Simpsons” fans should be happy with the shows entry to Blu-ray.
Audio Quality: 8/10

If you are a hardcore fan of the series, “The Simpsons 20 Years – The Complete Twentieth Season” is worth picking up!. I’m very disappointed with the lack of extras and the lack of attention this set got considering that this is their 20 year anniversary.
Overall Rating: 7/10