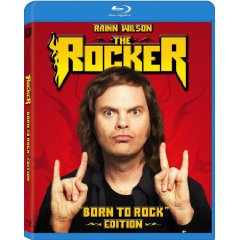 The reviews and horrible ads really left a bad impression; not only in my mind, but many people that thought this film could have been decent. I thought that this was going to be a horrible film, but I was hooked within the first 20 minutes of the film. At times it is good to go into certain films with very low expectation as I have with a few other films the last few weeks. You tend to find with low expectations that films can be much more enjoyable. ‘The Rocker’ didn’t meet its production budget of $15 million dollars with a total world wide gross of $8 million dollars.

‘The Rocker’ takes the concept with the film ‘School of Rock’ up a notch. ‘The Rocker’ pertains to Robert ‘Fish’ Fishman (Rainn Wilson) as he was the drummer of the band Vesuvius that would go on to be one of the most legendary bands of all-time. Due to his crazy antics of partying and being obnoxious, it causes him to get booted from the band. Then nearly 20 years later, Fishman is working taking customer service phone calls.

Rainn Wilson, Emma Stone and even Christina Applegate are great in their roles, and bring something extra to their characters that probably wouldn’t have been there otherwise. Teddy Geiger is also a good actor, playing an emoish kid who through his journey develops into a sunny pop/rock artist.
Movie Content: 4/5 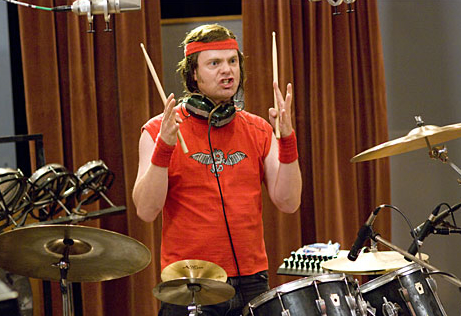 The print is presented in 1080p/AVC MPEG-4 with a 1.85:1 aspect ratio. he print actually looks stunning with a very nice looking color palette that pops. Black levels are deep throughout the film. There are a lot of rich colors like reds, blacks, and yellows. There are some subtle hints of grain in the print, but not as noticeable.
Print Quality: 4/5

The audio is presented in DTS-HD MA lossless 5.1 mix. The soundfield is spectacular for this film as it presents a spectacular sense of atmosphere. The songs from the soundtrack sound so crisp in the soundfield. The panning effects across the rears add to the atmosphere as if you were in a concert setting. Dialogue is crystal clear and crisp through the center channel.
Audio Quality: 4.5/5 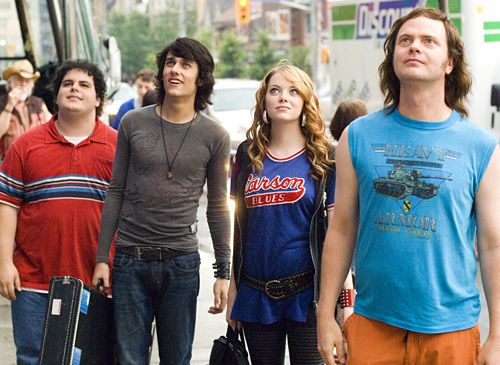 I highly recommend checking out ‘The Rocker’ as a rental, and come into the movie with an open mind. You might just like what you hear and see in this underrated film. On Blu-ray, the video and audio are excellent for a film that has been written off by many.
Overall Rating: 4/5