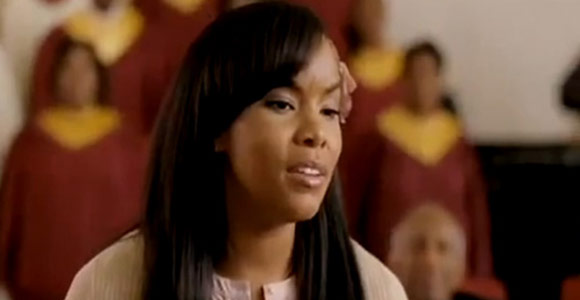 Family, faith and music: small-town girl Angie King leaves the first two behind to pursue a dream of singing stardom. LeToya Luckett of the original Destiny’s Child makes her movie breakthrough in this inspiring tale bursting with music (including performances by Luckett and co-star/R&B hitmaker Durrell “Tank” Babbs) and talent. Luckett plays Angie, the daughter of a stern but loving bishop, whose attraction to the hunky star (Tank) of a traveling gospel show takes her on the road…and into romance, heartbreak and the realization that the happiness she seeks may be in the home she left behind. But will her disapproving father welcome his prodigal daughter back? Join Angie on a powerful coming-of-age journey. 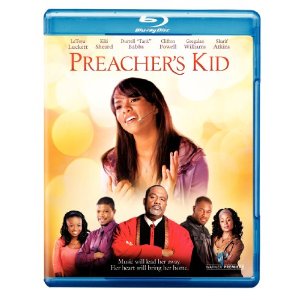 Preacher’s Kid is the story of Angie King, a small-town girl whose life revolves around church, taking care of her father, and serving God. Angie (played by Letoya Luckett) is a gifted singer who has dreams of joining a traveling gospel play. Her stern father (Baywatch’s GregAllan Williams), the bishop of her church, forbids it.

Angie joins the play anyway, but gets a lot more than what she bargained for, including a romance with co-star/R&B singer Devlin Mitchell (portrayed by Durrell “Tank” Babbs). Angie quickly comes to realize that all that glitters is not gold in the world of gospel stage plays. Angie is overwhelmed by the betrayal, sex, and other vices that are present on the tour bus and the hotel rooms. Angie begins to realize that many of the things she needed were at home. Can she make it back home? Will her father accept her back home? This is the dilemma that Angie faces over the course of the film.

Letoya Luckett delivers a very solid performance as Angie. The former Destiny’s Child singer, and R&B star in her own right, displays a maturity and poise that shows that she has come a long way since her days singing “No, No, No.” Durrell “Tank” Babbs also delivers a very competent performance as Devlin, the bad boy who steals Angie’s heart. Sharif Atkins (ER) delivers a very underrated performance as the music director at Angie’s home church who secretly dreams of being with Angie. Essence Atkins (Half and Half ) brings spunk and southern sassiness to the role of Peaches, the head of merchandise who becomes Angie’s best friend on the tour. The extremely underrated, hardworking actor Clifton Powell (Ray) must also be commended for delivering another solid performance as Ike, the tour manager.
Movie Content: 8/10

The print is presented in 1080p/VC-1 with a 1.85:1 aspect ratio. Colors are vivid throughout the presentation. Black levels aren’t as deep. Flesh tones are accurate and natural looking. Details are also excellent. The print is pristine from any issues. Though the one huge issue with the print is that it is plagued by the direct to video look and feel by a smaller budget. The print looks good, but this is one apparent aspect of the film.
Video Quality: 8/10

The audio is presented in DTS-HD MA lossless 5.1 mix. This is a dialogue driven film, so this is a front heavy experience. The dialogue was clear and crisp with no apparent issues. The mix is well balanced with the low usage of the surrounds. The rears do get some use with the soundtrack, but do not offer the excellent depth. I would say that this mix was sufficient enough for this type of film.
Audio Quality: 8/10

I would recommend the Preacher’s Kid movie for all to see. The overall message I got from the movie is for parents to not raise your kids to be too naive.
Overall Rating: 8/10