The Passion of the Christ Blu-ray Review 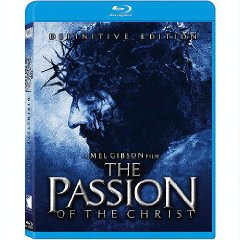 Even though there have been many Hollywood films made about Jesus and His life, I was always a little let down by most of them. Just about every film about Jesus that I’ve ever seen before ‘The Passion of the Christ’, glossed over all the pain and suffering Jesus went through. It had always been one of my intentions that if I ever made it in Hollywood, that I wanted to make a film about Jesus and his suffering that was true to scripture and full of all the graphic and vivid details.

‘The Passion of the Christ’ is exactly that, it is a fairly in-depth look at Jesus’s last 12 hours on Earth before His death and all the pain and suffering He went through to save all of humankind. The movie opens with a passage from Isaiah. Then takes the viewer to the Garden of Gethsemane where Jesus is praying with God to take this cup (chalice) from Him. The suffering is so great that He is sweating blood. In this scene at Gethsemane, Satan is there, whispering from a tree, probably much like he did in Eden. He tries to convince Jesus that one man cannot possibly bear all the sins of the world. The scene ends with Jesus stomping on the head of a serpent and the entrance of Judas and the temple troops into the garden. I mention this scene because it is really the only part in the movie that the spiritual burden of the passion is illustrated: Jesus isn’t just preparing to go through extreme physical torture; He is also preparing to take upon Himself all the sins of the world. This spiritual element is just as important as the physical.

The rest of the film follows the story found in the Gospels. Jesus is brought before the Jewish council, then before Pilot, then to Herod, then back to Pilot. He is beaten, then finally sentenced to be crucified. We follow Him through the streets of Jerusalem to Golgotha where He is nailed upon the cross and dies. But the story doesn’t end there. The sky turns black, the temple is torn in two, and the ground rumbles with a massive earthquake, and the film ends with a brief scene from the resurrection. The acting in the film is superb. I can only imagine how difficult it must have been to have so many people speaking languages which until fifteen years ago were considered dead.
Movie Content: 4.5/5

The print is presented in 1080p/AVC MPEG-4 with a 2.40:1 aspect ratio. The cinematography is fantastic making you feel as a part of that time period. This is one print that I was surprised as to how good it looked with a lot darker scenes. The image carries a muted color palette, which actually fits in well with the dark tone of the film. Black levels provide excellent depth with an inky look. Flesh tones were fairly accurate with a few scenes where they appeared a little off. Details are fantastic and this is where the film shines very well with some detailed imagery in the costumes and set design. I wasn’t expecting the print to look this good.
Print Quality: 4/5

The audio is presented in DTS-HD MA lossless 5.1 mix. The audio was also fantastic providing a very deep atmospheric experience. I felt much immersed from the start of the film all the way to the end. In some of the worst torture scenes that I have seen in a film, I cringed even more at the punishment that was given to Jesus. The score by John Debney is absolutely pure audio bliss to the ears. Dialogue was clear through the center channel providing excellent depth.
Audio Quality: 4.5/5 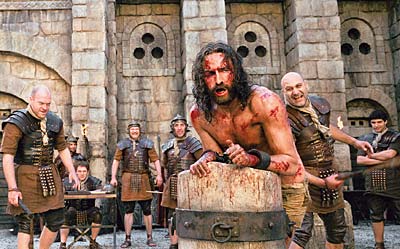 There aren’t many films that have left me all shaken up by their conclusion like this one. Mel Gibson’s take on the final 12 hours of Jesus life is griping and breathtaking. This film has caused a lot of criticism and controversy, but it was all done for a reason to show what Jesus had to endure to free us from our sins. The Blu-ray version sports an excellent image transfer and superb audio with an abundance of special features. I would rent this film as it may lack replay value to some due to the nature of the material.
Overall Rating: 4/5