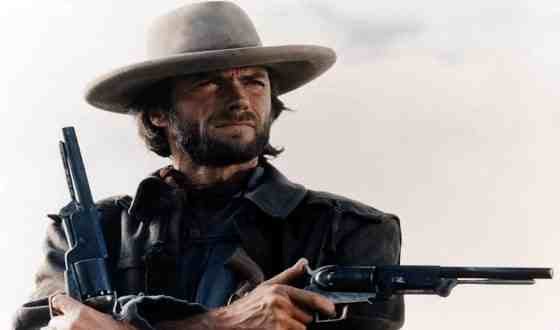 Clint Eastwood fired the original director, Philip Kaufman (The Right Stuff), and took over the reins of this project himself. He may have had a point: this brutal, thoughtful western, a near-tragedy about a Civil War veteran whose past comes looking for him, is probably Eastwood’s most mature frontier drama prior to the Oscar winning Unforgiven. Hoping to build a quiet life in a cooperative community of settlers, Eastwood’s Wales blames himself when his enemies attack the homestead, and he has to revert to his warrior instincts to help fend off the threat. The jittery intensity of Sondra Locke (who would be Mrs. Eastwood, at least for a while), and the screen-filling charisma of the late Chief Dan George harmonize beautifully with Eastwood, who had finally figured out how to add depth and texture to his stock-in-trade Man of Steel persona. This one may be too short on action to satisfy fans of Eastwood’s Dirty Harry films, or of the Italian westerns he made with Sergio Leone, but it’s an honorable effort. 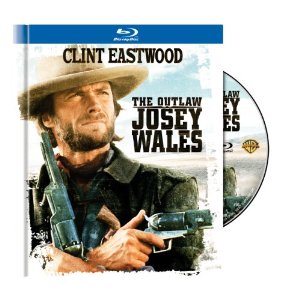 When I first saw “The Outlaw Josey Wales”, probably the first couple of times, I saw it the way I’d expect that a lot of young people in the 1980s, the first “video” generation, saw it – a great funny action movie that could provide a larger number of potential drinking games than just about any film you could think of: take a drink whenever Josie (Clint Eastwood) spits tobacco; take a drink whenever Josey kills someone; take a drink whenever anybody utters the words “Josey Wales”, whenever Josey says “I reckon” or “reckon so”, etc. And it’s absolutely possible and acceptable to me to watch the movie with that sort of fun-movie mentality. Philip Kaufman’s screenplay, from Forrest Carter’s novel, takes full advantage of the opportunities for fun and Eastwood doesn’t shy away from the broad comedy and “cool” lines.

But gradually over the years I’ve come to see this Civil War revenge and redemption story as something a lot more than just a movie full of quotable lines and great action sequences – it’s the film that first signalled that Eastwood was potentially a master, and one interested in more than just mindless violence and coolness. “Josey Wales” begins with a scene of pastoral, homey tranquility – a Missouri farmer with his young son plowing the ground under a beautiful autumn sun (the opening shot is one of the nicest in Eastwood’s filmography), his angelic wife appearing dream-like in a dappled glade, telling the son to come wash up – and then tragedy strikes. In minutes, Josey’s dreams and whole life are shattered, and he becomes a man bent on vengeance against the “redlegs” (Union-sympathizing raiders) who have killed his family and burned his home. He learns to shoot, and he joins up with a band of marauders headed by Fletcher (John Vernon).

All of this happens in the pre-credits sequence. During that montage as the screen goes to a blue-tinted, unsaturated look the exploits of Fletcher’s guerilla warriors are shown; by the time it ends and we get to the film proper, they’re over as is the war. We also hear for the first time Jerry Fielding’s magnificent score, one of the greatest in American film history, in its wonderful drum-and-fife mode redolent of old Civil War marching tunes. Josey has grown a beard to partially cover the scar he suffered being attacked by the redlegs, and he has clearly become a fearsome gunfighter, and Fletcher has decided, as leader of the last band of holdouts, hungry and on the run and hopeless, to surrender. His men follow suit.

But Josey won’t surrender, which turns out to be a good call on his part as his comrades are butchered by what turn out to be more redlegs under the command of Terrill (Bill McKinney), the same man who had commanded the raid on Josey’s farm. Josey rides into the camp as the massacre is beginning and manages to kill a large number of the soldiers with a commandeered Gatling gun but his group are all dead except for the seriously wounded young Jamie (Sam Bottoms) and Fletcher, who has been pressed into Union service after unwittingly betraying his men. Josie rescues Jamie, swears vengeance on Fletcher and Terrill, and rides away, planning first to head to Indian Territory where he thinks he can get help for Jamie.
Movie Quality: 10/10

The print is presented in 1080p/AVC MPEG-4 with a 2:40:1 aspect ratio. Having owned previous incarnations of the DVD release, especially the latest DVD release, one thing I have noticed on Blu-ray is how vibrant the colors look on Blu-ray. From the golden weeds and grass that surround the area and the blue skies up above, you can literally see the shading and detail of those long strands of grass. Blacks are nice and deep, there is a fine layer of grain.
Print Quality: 9/10

The audio is presented in a DTS-HD MA l0ssless 5.1 mix. As the majority of the film features dialogue, when there’s action…may it be horses riding in the distance, the rifle shots, the lossless soundtrack does a good job in making those scenes quite immersive by utilizing every channel. Even in non-action scenes, a good number of ambiance of how things sound outdoors. So, bugs, birds, dogs, horses, everything can be heard all around you. Jerry Fielding’s score is excellent in DTS-HD really bringing this mix to life. Never once do you feel like this film is from the 70’s the audio mix is so well done.
Print Quality: 9.5/10

The Outlaw Josey Wales is one of the best westerns movie I have ever seen. And that includes the great standards like Shane and others. Clint Eastwood gives an unforgettable and powerful performance as a Confederate fighter whose family is killed by renegade Union soldiers and his fight to get revenge.
Overall Rating: 9/10