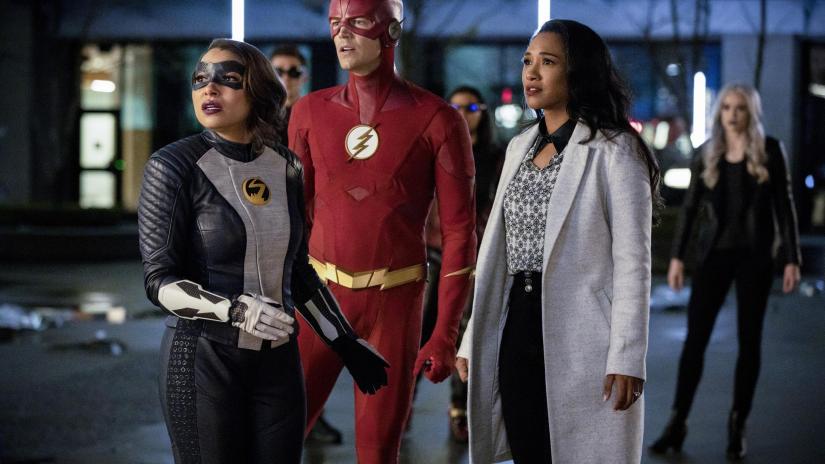 Matching wits with The Thinker, who by season’s end had harnessed the powers of all twelve bus metas he created, stretched Team Flash to their limits, but with the help of some new allies, Barry Allen (aka The Flash) and company were able to put a stop to the Enlightenment and save Central City once again.

However, with the arrival of Barry and Iris’ speedster daughter, Nora, who arrived from the future admitting to having made a “big mistake”, things are anything but status quo. Will parenthood be the challenge that finally slows The Flash down? 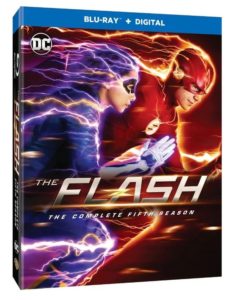 The series follows the life of Barry Allen after he becomes the flash, it shows everything he has to go through to save his city, including, personal relationships. The first two seasons were the best, strong villain, strong character development, amazing stories and an even better narrative.

The other seasons have been a bit too predictable, a pretty simple villain, and a lot of Iris, I mean, I like Iris, from the comics, but the writers really don’t know what to do with her since the second season and that has hurt the series a lot.

It feels to me like Season 5 has brought this show back on track that added to ‘The Flash’ that target on Nora as the time-breaker! Flash-ly scenes that evolving from the past seasons where everything are so cool and improved! More effects that make the scene so beautiful as it does make me cry! Unbelievably describe this kind of advanced technology has been use is amazing! Anyways, back to the point where I want to critique on this kind of show. Nora, a daughter of Barry and Iris who come from the future. The real plan of her’s has not been discover until its very last minute that brought the people to shock. That kind of developments is really impressing me! I do like how this television show productions has balance the individual charcaters’ parts so we can watch them growing through the series. It does show an extraordinary impact in between the characters.

The print is presented in 1080p/ AVC MPEG-4 codec with a 1.78:1 aspect ratio. I watched the entire season on broadcast television sporting a fantastic looking print when I initially watch this show. Now that the fifth season has been released on Blu-ray, in full 1080p the image quality is astounding. Where on broadcast TV, there were artifacts on the screen whenever ‘The Flash’ would start running very fast this is not an issue on Blu-ray. Colors are fantastic with reds, blues, and browns taking center stage throughout. I felt at times like there was an explosion of colors on the screen. I was very impressed by the details throughout the show. Each episode varied from day to night scenes and I will say that the lighting was well done, especially in the darker scenes.
Video Quality: 9.5/10

Audio quality is presented in DTS-HD MA lossless 5.1 mix. Like the print being close to reference quality, the audio is no slouch at all here. The soundfield takes advantage of the rears and front speakers with the special effects giving the viewer the feeling that they are right in the middle of the action. ‘The Flash’ is a happy medium between dialogue and action scenes. There were times where I thought there was a tornado in my living room when ‘The Flash’ was running at the speed of light. Dialogue is clear through the center channel, but there were a few times where it was on the softer side.
Audio Quality: 9.5/10

Beautiful story and definitely one of my favorite DC series and characters! I love how the story all fits in and the message this series sends. Good action scenes and really suspenseful! I feel like Season 5 has brought the series back on track and really hope that this trend continues with the next season.
Overall Rating: 8/10