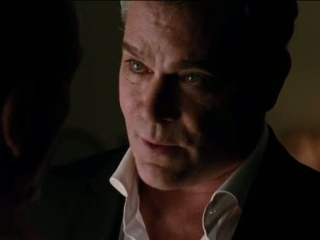 Without the security of the job he wants or the future he dreamed of, Paul Dynan (KEVIN ZEGERS), plans the perfect crime to help his struggling family — extort a fortune from three wealthy men (RAY LIOTTA, VICTOR GARBER, STEPHEN MCHATTIE). The plan: to abduct their socialite children (LAURA VANDERVOORT, DUSTIN MILLIGAN, JOHN BREGAR) and collect a healthy ransom of $3-million dollars. Over the course of one long night, Paul and his accomplices hold the rich kids hostage awaiting the $3-million ransom with little idea of the secrets that will surface between the fathers when they are forced to choose between their children and their money. Once blood is shed and things go horribly wrong, Paul must fight to stay one step ahead of his own twisted game. 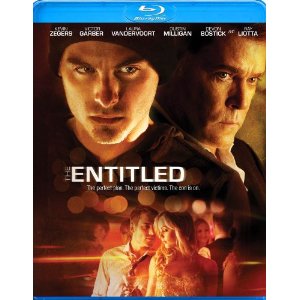 After Paul (Zegers) gets turned down for a job and his sick mom gets a foreclosure notice on the house he becomes desperate. His plan is to kidnap three kids of rich families and hold them for a million each. When the plan goes wrong he must find a way to stay clean and get the money.

This is the type of movie that could have been so much more based on the cast and I did end up enjoying it for what it is, a thriller. I’m not saying this is an Oscar type movie, but it is very entertaining and fun to watch. This movie also had an ending that fit the movie and is one that is hard to totally figure out before the reveal, which makes it that much better. A realistic look at what a kid on the edge can do if he is pushed.
Movie Quality: 7/10

The print is presented in 1080p/AVC MPEG-4 with a 2:40:1 aspect ratio. Colors are deep and well saturated throughout the entire presentation. Blacks are strong and almost inky at times. Nowhere did the image ever appear soft with such strong colors and black levels. Flesh tones were also natural. The film carries a very clean look throughout which makes the excellent details stick out.
Print Quality: 9/10

The audio is presented in a Dolby TrueHD l0ssless 5.1 mix. Dialogue for the most part is handled very well, except for a few scenes where I felt it was a tad softer. The rears do not get much action here, but the front heavy portion of the film does handle the dialogue very well. The sound stage does a nice job at whatever is thrown at it.
Print Quality: 8/10

Overall, a very entertaining thriller that keeps you at the edge of your seat from start to finish. The film on Blu-ray offers excellent video and semi-decent audio mix. This film is worth a rental before making a purchase.
Overall Rating: 6/10