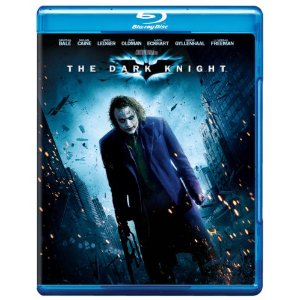 Not many sequels trump the original film like ‘Empire Strikes Back’, ‘The Godfather 2’, ‘Dawn of the Dead’, ‘Aliens’, and ‘Batman Returns’. Sequels tend to either fall flat or be better than the original and there never seems to be an in-between. ‘The Dark Knight’ in so many words dances all over the original, albeit ‘Batman Begins’ being an excellent film. With a run time of 2 hours and 30 minutes, ‘The Dark Knight’ flies by so fast you are left wanting more. With a world wide box office gross of $955 million dollars, this is one of the most successful superhero films ever.

Many may be confused as to why the film is titled ‘The Dark Knight’; well this is another nickname for Batman. ‘The Dark Knight’ title fits in rather well with this film due to the very dark and graphic nature. Also, there was a graphic novel back in the 80’s by Frank Miller titled ‘The Dark Knight Returns’, which this film shares a few elements from but isn’t a direct adaptation of the graphic novel. ‘The Dark Knight’ shares more elements and is based off of ‘The Long Halloween’ 13 issue series that released back in the late 90’s. If you read this series, you will see where many elements of the story were incorporated in ‘The Dark Knight’ pertaining to the mob as this has been the focal point since ‘Batman Begins’. While the Holiday Killer is not the arch nemesis here to Batman and it is the Joker, the interweaving components are tied together very well.

‘Batman Begins’ is the re-birth of the dark crusader on the silver screen; ‘The Dark Knight’ is the fall of a man that needs to be a hero but hasn’t fully accepted the mantle. When you take the writing, acting, and directing you have probably the best superhero film to be released yet. ‘Batman Begins’ did a great job in setting things in the right direction for rebuilding a franchise that fell apart due to the Hollywood Promotion vehicle. The original ‘Batman’ and ‘Batman Returns’ were fine pieces of work, but in many ways Hollywood got its hands around the mantel and destroyed a great franchise with ‘Batman Forever’ and ‘Batman & Robin’.

Christian Bale plays Bruce Wayne/Batman, I am happy to see that he did return for the sequel and is tied up for one more film. After Michael Keaton left as Batman due to a dispute over money, it was another detriment to the franchise falling apart. Having Bale tied up for a few films was a wise choice. Michael Caine also returns as Bruce’s butler Alfred Pennyworth, but also his confidant. We also have Morgan Freeman playing Lucius Fox whom creates all the wonderful gadgetry for Batman. Bruce’s childhood best friend Rachel Dawes is played by Maggie Gyllenhaal whom does a good job replacing Katie Holmes in the same role. I wasn’t that big of a Katie Holmes fan, Gyllenhaal adds more to the role than Holmes did with her swagger. These three characters are the only ones that know that Bruce Wayne is Batman.

The film starts off with a bang and a bank robbery that is orchestrated by the maniacal, diabolical, and sadistic Joker (Heath Ledger). This opening bank robbery sequence is excellent in telling you the type of character that the Joker is just because of the way he orchestrated the robbery. Those of us that read the comic books know what the Joker is like, but those haven’t this first sequence of events give you a good sense. The Joker is hell bent on destroying the city from within and will stop at no costs to achieve his agenda not only battling with Batman (Christian Bale), but also the different families of the mob. Heath Ledger stole the show and anytime there wasn’t a scene without him I couldn’t wait for him to be on the screen. I thought that Jack Nicholsen did a great job portraying the Joker, but Heath Ledger pulled out a performance that even the Joker from the comic book pages would be proud of. From the Joker’s mannerisms, to the lip smacking while talking, the look in his eyes, and the laugh you can tell that Ledger really put 200% of his skills behind this performance that sadly would end with death in real life. If Ledger doesn’t win some kind of Oscar for this role, that will be a shame.

As in the comic books, Bruce Wayne has battled the conflict over vigilant hero vs. a deserving hero which we see here in ‘The Dark Knight’. Enter District Attorney Harvey Dent (Aaron Eckhart) whom Bruce Wayne sees as the real hero trying to clean up the streets of Gotham doing it without having to use his fists, but his brains and brawn to accomplish a task reverse of what the Batman character has been using. Batman is thought of more of a symbol and that is one of the reasons that Bruce Wayne knows that he can’t go on forever, but a man like Harvey Dent can. Bruce puts his full backing behind Dent and is on a mission to make sure that Dent is the known face of taking down criminals in Gotham than Batman himself whom is looked upon as a mere vigilante. The deal here is that both Dent and Batman are in The Joker’s way and he toys with them to get into their minds almost bringing out the evil in both men. One thing that some may not notice either is look how The Joker literally brings down the social structure of Gotham city. A perfect example is through his manipulation of others. The scene in the hospital and the one where Batman is interrogating The Joker really shows the power that he has to manipulate a man into bringing out their worst. To know that The Joker doesn’t want to kill Batman and that he wants to keep him around to toy with is sadistic enough.

I am glad to see that the Tumbler (Batmobile) makes a return in the same form as the last film. I was getting tired of the last generation of Batman films always having a different Batmobile. Boy does this thing take some pounding during this film that you almost feel bad for a vehicle.

How can we forget Jim Gordan (Gary Oldman)? Oldman pulls out yet another great performance as the role of Gordan and he even changes his character from ‘Batman Begins’ to ‘The Dark Knight’ by being more of an aggressive character. Why is that? The Joker is the answer. The way that the Nolan brothers have written this film is just pure bliss. The Joker is a character that brings out the worst in everyone around him and because of his antics it turns their lives around. Bruce Wayne, Harvey Dent, and Jim Gordon changed from the people they were after their encounter with The Joker. Even to a degree Lucious Fox (Morgan Freeman) has a change and different feelings towards his boss when he becomes unhappy with his actions.

We even get a solid performance from one of my old time favorites, Eric Roberts as Sal Maroni. Maroni leads Carmine Falcone’s mob and plays an intricate part in the film. As we can see, ‘The Dark Knight’ is star packed that never allows the direction of the film to get lost.

<<<<SPOILERS – One major complaint about ‘The Dark Knight’, granted nothing is ever perfect. Scarecrow went completely wasted at the beginning of the movie. I was so surprised to see Cillian Murphy reprise the role, but it was a brief cameo at that. The Scarecrow was one of the villains of the first film. To have him go down in a matter of minutes without even a fight was just a waste. END OF SPOILERS>>>>
Movie Content: 5/5

Colors are strong bringing the world of Gotham City to life. The color palette is also vibrant bringing out the comic book presentation of the film. Blacks are deep looking like the ink came right off the pages of a ‘Batman’ comic book. The blacks are some of the best that I have seen on a high definition format. Details are also very good with some very acurate looking Fleshtones. Yet again I was stunned with the sheer amount of details in this print from the faces to even some of the darker scense where we have the famous Joker driving a semi truck being chased by Batman. The best part of this print goes to the IMAX scenes, they are the most breathtaking scenes on Blu-ray. This goes to show what can be done with IMAX on Blu-ray.

Dark scenes are well lighted with excellent depth where you never have a hard time viewing the ongoing action. There are hardly any issues for this print, except for a few scenes where there is some noise in darker scenes, but hardly noticeable.
Video Quality: 4.5/5

Audio is presented in Dolby TrueHD 5.1 mix. The audio is excellent receiving receives demo worthy praise. The score here in ‘The Dark Knight’ is the total winner. There are times where it is just mesmerizing when The Joker hits the scene. Bass is just perfect with the score as it gives you that very unpredictable feeling. The soundfield is engaging at all times pulling me in making this a very atmospheric experience. The rears encompass nice directional movement from speaker to speaker. Dialogue is very clean and crisp through the center channel. This is a well balanced mix without having to adjust the volume to hear the dialogue.
Audio Quality: 5/5

BD-Live – to be enabled on release day of the film.
Gotham Uncovered: Creating A Scene – Director Christopher Nolan and Creative Collaborators Unmask the Incredible Detail and Planning Behind the Film
Focus points: PiP option – there are 18 total.

Warner brings out the big guns with a plethora of special features in this 3 disc edition of ‘The Dark Knight’. Fans of Batman and ‘TDK’ will not be disappointed, but I do smell that a double dip is upon us by next Christmas. There is also a digital copy of the film available on the third disc which is great for those that like to view films on their portable devices.
Special Features: 5/5

In the end, this might be the best superhero film to ever be released. Christian Bale has really come into his own as Bruce Wayne and Batman. For a film that is 2 hrs and 30 minutes, it keeps you on the edge of your seat. I mentioned earlier, if Heath Ledger does not win an Oscar for his performance that will be a crime. I don’t keep on saying this because of him passing away, but because his performance stole the show. ‘The Dark Knight’ takes the atmosphere and story from the comic book world to the next level. For those that want more backstory on the Falcone crime family and the backdrop for this film, check out “The Long Halloween’. With excellent video/audio quality and special features this movie alone is worth investing into the Blu-ray format. This Blu-ray release is the first to also receive perfect scores here at Beyond Media Online.
Overall Rating: 5/5 (Purchase)