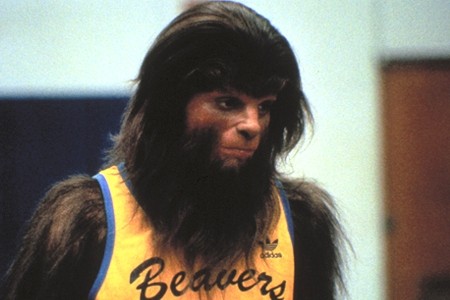 Teen Wolf is a flip-flop of the horrorific I Was a Teenage Werewolf story: this time, lycanthropy makes the afflicted high-schooler a big man on campus. An otherwise routine teen comedy, this one works because of the customary bounce of Michael J. Fox, in one of his first leading roles (it was shot before Back to the Future but released in that blockbuster’s wake, and cashed in nicely). Although his werewolf makeup makes him look more like Bigfoot than Lon Chaney, Jr., Fox manages to convey his peppy personality even under all that hair. 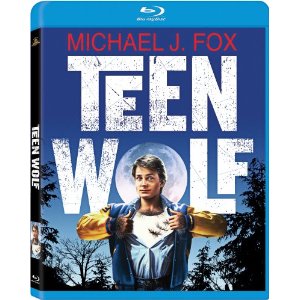 Audio: DTS-HD MA 2.0 mix
Aspect Ratio: 1.85:1
Disc Spec: 1 BD
Region: 1
Scott Howard is going through some changes in life. Changes that will affect his standing in school, on the basketball court and in love. Scott has just found out he’s a werewolf. As he is more popular and accepted as the wolf, its hard for Scott to give it up, there by pushing away his friends that he already has.

I thought this movie was a great, feel-good movie. Near the end when that song, ‘Shooting for the Moon’ starts, it sends a shiver down my spine every time. I would like to have at least a proper recording of this song, or a soundtrack of this movie but, alas, I don’t think one ever existed.

Released in the period when Michael J Fox was incredibly popular, with his Back To The Future releases, sees him in another hard to forget role of his career. As the story was made in the mid-80’s, the storyline is quite simple and very cliché and probably wouldn’t stand out as a good movie compared to releases of today. Although it is a fantastic movie based purely on nostalgic value and would be great for teens and adults alike who have yet to see it..
Movie Quality: 7/10

The print is presented in 1080p/AVC MPEG-4 with a 1:85:1 aspect ratio. ‘Teen Wolf’ finds it way on to Blu-ray with a passable transfer. I won’t say that I was overly disappointed with this print but compared to other films in this era they MGM could have done more. I’ve owned ‘Teen Wolf’ on VHS and DVD, so far will say that on Blu-ray this is the best version. While colors are strong and accurate looking they do appear rather soft throughout. Blacks are deep. There is a fine layer of grain. The print is not pristine as there are times where there is white speckles and a bit of dirt. Details and clarity is decent and really helps with this 1080p transfer for larger screen viewings. If you already own this on DVD, and are a fan of the film upgrading to the Blu-ray version would be recommended.
Print Quality: 7/10

The audio is presented in a DTS-HD MA lossless 2.0 mix. This is rather disappointing that the audio mix is presented as a DTS-HD MA 2.0 mix. The fantastic 80′ soundtrack alone would have taken advantage of the soundfield better. With a 2.0 mix, this is strictly front heavy experience which is serviceable since there is no action in this film and merely dialogue driven. In 2011, there is no real excuse to be release films with 5.1 potential mixes on Blu-ray. Another area where the audio would have done wonders is on the court during the basketball games making you feel like your a spectator. Dialogue is clean and clear as well placed through the center channel.
Print Quality: 5/10

No matter how many years have gone by since Scott Howard first “wolfed” into the one the most unforgettable characters of all time in the movies.This film still remains one of the most fun movies to watch. Micheal J.Fox does a great job as Scott Howard having to face the adversity of being a part-time werewolf.
Overall Rating: 6/10