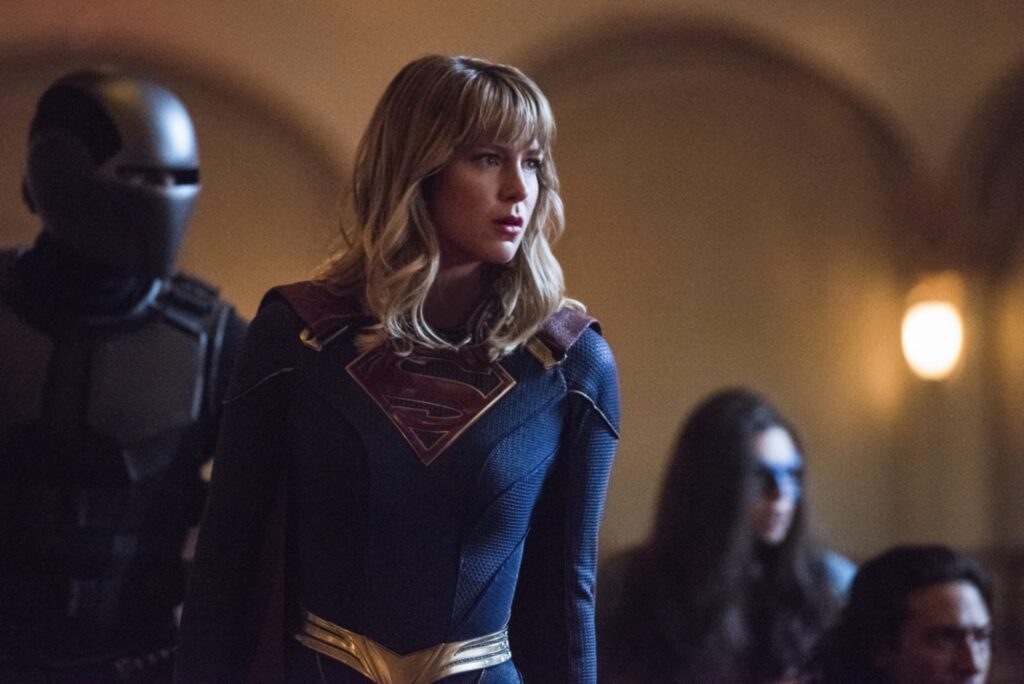 Meet Kara Danvers, aka Kara Zor-El, who escaped the doomed planet Krypton at age 12 and was raised on Earth by her foster family, the Danverses. Years later, Kara lives in National City working for fierce taskmaster Cat Grant alongside her friends, IT technician Winslow “Winn” Schott and photographer James Olsen. But Kara’s days of keeping her talents a secret are over when Hank Henshaw, head of a covert agency, enlists her to help protect the world from sinister threats. 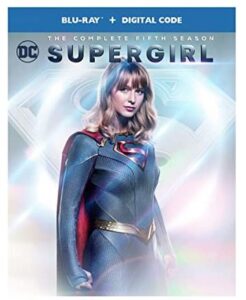 I have to admit that I enjoy Supergirl more than I thought I would and that’s mainly because Melissa Benoist is great as Supergirl. I love most Superhero movies and TV Shows so I thought I’d give this a chance and I’m glad I did because I really do enjoy it. It’s not great by any means but it’s also not bad either. I like most of the CW DC shows (Arrow, The Flash, Supergirl, Legends of Tomorrow, Stargirl, etc.

The show has also fully embraced the potential of the “Crisis” crossover by redoing several characters and plots that were not working, like Leviathan, Myxyplix and William (who came off as a jerk then changed on a dime to weirdly complimentary to Kara). Being able to redo mistakes really has helped this show and more surprisingly, their “redos” have all been home runs. .

When this show is focused and does away with the politics and ham handed character beats and has some discipline, it proves this was the show worthy of being saved after CBS moved it after season one. Melissa Benoist is great in the role, always its saving grace. She is probably the best “actor” of the CW shows, and they can do more with the character. The fear is though that this show seems to can’t help themselves with the preachiness and left wing politics and will fall back to it. They all seem all left wing and I do not think the discipline will last. But right now, it is a much improved show

The print is presented in 1080p/ AVC MPEG-4 codec with a 1.78:1 aspect ratio. I watched the entire season on broadcast television sporting a fantastic looking print when I initially watch this show. Now that the fourth season has been released on Blu-ray, in full 1080p the image quality is astounding. This show does have higher tier CGI now when compared to the previous seasons, but it is still not quite there. Colors are fantastic with reds, blues, and browns taking center stage throughout. I felt at times like there was an explosion of colors on the screen. I was very impressed by the details throughout the show. Each episode varied from day to night scenes and I will say that the lighting was well done, especially in the darker scenes.
Video Quality: 9.5/10

Audio quality is presented in DTS-HD MA lossless 5.1 mix. Like the print being close to reference quality, the audio is no slouch at all here. The soundfield takes advantage of the rears and front speakers with the special effects giving the viewer the feeling that they are right in the middle of the action. “Supergirl” is a happy medium between dialogue and action scenes. You can hear Supergirl whiz by from speaker to speaker as the panning is well done here. Dialogue is clear through the center channel, but there were a few times where it was on the softer side.
Audio Quality: 9.5/10

The show is really great, but sometimes like every show it has poor writing. A lot of people dislike and give poor reviews because they don’t agree with certain things. Everyone wants something different to happen and the writers can’t satisfy us all. Personally, I enjoy it even if I don’t agree with some aspect.
Overall Rating: 8/10