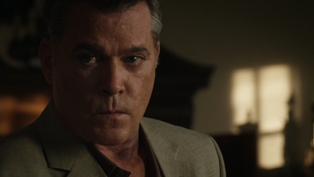 Ray Liotta (Goodfellas) delivers an intense, electrifying performance in this explosive follow-up to the gritty urban crime thriller Street Kings. Liotta plays Detroit detective Marty Kingston, the leader of an undercover narcotics team, whose members are being systematically murdered one by one. To solve the brutal killings, Kingston joins forces with a cocky, young homicide detective. But neither of them is prepared for the shocking corruption their investigation will uncover–stunning secrets that will set both men on a violent collision course with betrayal and vengeance. 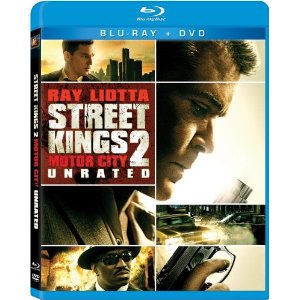 I liked the original street kings quite a bit, and so when I read that Ray Liotta and Clifton Powell were in a sequel, this sounded like an instant hit. Though this is a direct to home video title I came into it with some expectations and understandings. I expected their to be crisp writing that would separate itself from the original, I expected great acting, and I expected a decent production value. I understood going in that direct to DVD can mean sub par production value as sometimes all of the money is spent on the talent in front of the screen. I understood that given the subject matter it would be hard to do things that the first movie did without seeming like a clone.

Though I can not say that Street Kings: Motor City is in any way an original idea of or for a film, I would have to say they took the goose and squeezed a little golden egg out of the franchise. Motor City is engaging, and emotional, fast and violent. It endears itself to you with brilliant lighting and superb sound foley work. There is a scene of Marty Kingston walking through a graffiti laden skeletal edifice that was simply inspired. The camera work is all top notch. Chris Fisher uses brilliant angles and shots and excelled at the quick and deadly FX he chose. The Story is not original and somewhat predictable, though there are a few unexpected curves in the road. Street Kings: Motor City though not an original in anyway carves a niche for itself in the overpopulated gritty crime drama genera with excellent acting.

Ray Liotta and Clifton Powell knock it out the park. Clifton Powell did not have as much screen time as I had hoped. Shawn Hastosy, an actor I had not heard from, puts in an excellent performance and shines among some of the best. Some might give a film like this a three star…but because of the unexpected excellence of production I had to go one over. The cinematography and cuts are so cool you just have to see them. For what it is Street Kings:Motor City is the king of the streets for now.
Movie Quality: 7/10

The print is presented in 1080p/AVC MPEG-4 with a 1:85:1 aspect ratio. The print looks very good throughout without any apparent issues. Colors are vibrant and carry pop which brings out the fine details. The detailed scenes stand out very well. Blacks are deep. I found the print to be crystal clear with no artifacts or print damage. The darker tones of the film looks great with the appropriate lighting making this film standout.
Print Quality: 9/10

The audio is presented in a DTS-HD MA lossless 5.1 mix. This is a very immersive soundtrack during the action sequences. This is a film where there are a lot of action and chase sequences. Those looking for an audio mix that will take advantage of your equipment, this is the film for you. This is a very well done audio presentation that has dynamic range with the sound effects and a lot of panning from speaker to speaker. Dialogue is clean and crisp through the center channel.
Print Quality: 9/10

Street Kings 2 is a little predictable, but still it will say this movie will not disappoint you. Weather you like the original or not, this is a decent little film. On Blu-ray the DTV release has good video and audio quality.
Overall Rating: 6/10