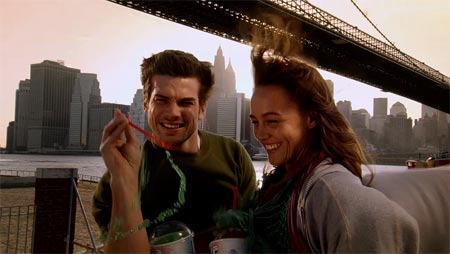 Step it up to the stratosphere with Step Up 3, the eye-popping dance movie that gets your juices flowing like nothing before it. Gravity-defying routines, pulse-pounding music and heated drama take you to a dimension that’s nothing less than amazing. When a tight-knit group of New York City street dancers are pitted against the best hip hop dancers in the world, it’s a high stakes dance battle that’ll change their lives forever. And with hot new chart-topping tracks from Flo Rida (Feat. David Guetta), Trey Songz, Wisin y Yandel and Sofia Fresh (Feat. T-Pain) – plus exclusive, dance-filled bonus features – experiencing Step Up 3 is one of the most exhilarating moves you can make. 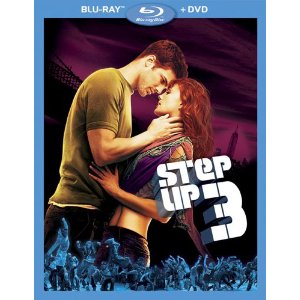 “Step Up 3” is a film that focus on three-related storylines. The first focuses on the friendship between Moose (played by Adam Sevani) and Camille (played by Alyson Stoner, “Camp Rock” films, “Phineas and Ferb”). The two have grown up with each other and now both will be attending New York University. Because the two are best friends, they want to enjoy their life as students together and are often mistaken as a couple.

Moose loves to dance but he promised his parents (who is putting a lot of their money into their son’s education) that he will focus on his engineering degree. But on the first day of student orientation, he accidentally gets himself dragged into a dance battle and humiliates Kid Darkness, one of the premiere dancers of the House of Samurai Dance Crew.

Meanwhile, as he is dancing, he is being taped by a guy named Luke, who happens to be the leader of a dance crew known as “The House of the Pirates”. Luke and his group want Moose to join them and be part of the House of Pirates and prepare for the World Jam Dance contest. And because he humiliated Kid Darkness, he will become a target of the House of Samurai Dance Crew.

Despite telling himself he wants to quit dancing, dancing is too much of a passion for Moose that he joins the House of Pirates but his friend Camille is unaware of why her best friend is ditching her all the time and is saddened that the promise they made of being together is not being fulfilled. Also, how will Moose deal with college when the crew expects him to be training for the dance competition during his classes?

The print is presented in 1080p/MPEG-4 with a 1.78:1 aspect ratio. the first thing that came to my mind is how vibrant this film looks. From the various shots of New York City to the use of color featured in the film, I was pretty impressed by the overall look and set design. In the film, there is an interesting use of light and costume design and CG work which I don’t want to ruin it for anyone who hasn’t watch the film. There is a lot of detail that is seen from the building sets, the closeups of the Nike vintage shoes to the characters and more. I did notice some occasional banding on scenes where there was a lot of red. But for the most part, picture quality is pretty fantastic and I noticed no blemishes, artifacts, combing, crush, etc. Blacks were nice and deep and colors just pop!
Video Quality: 9/10

The audio mix is presented in DTS HD 7.1 Master Audio lossless track. Dialogue and music is crystal clear and for low frequency, although not an action film, it’s definitely a film that is driven by its music from Flo Rida (feat. David Guetta), Trey Songz, Jay-Z and Alicia Keys, Sofia Fresh (feat. T-Pain), Wisn y Yandel and more. Bass is continually pumpin’ and you could hear the resonance through your subwoofers when you hear that LFE. Because of the 7.1 track, there is also use of surroound and rear surround throughout the film.
Audio Quality: 9/10

Overall, I know that dance films are not for everyone. But for those who love street dancing, “Step Up 3” is a pretty enjoyable film and the choreography was well done.
Overall Rating: 8/10