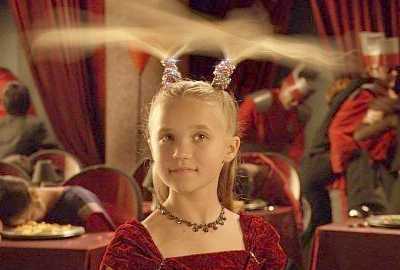 The coolest spy kids anywhere are back for a huge new adventure! This time, Carmen and Juni are on a mission to recover a device that threatens the entire world! They enlist the skills of Mom and Dad (Carla Gugino and Antonio Banderas) — and even their spy grandparents (Holland Taylor and Ricardo Montalban) — in a thrilling show of family teamwork! With even more cool gadgets, imaginative creatures, and awesome special effects, it’s a nonstop high-tech adventure for everyone! 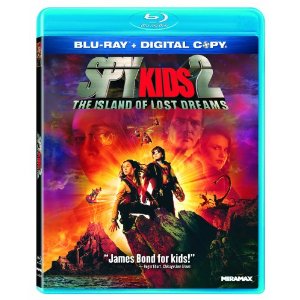 Pint-sized OSS Junior agents, sister and brother Carmen (Alexa Vega) and Juni (Daryl Sabara) Cortez, are back for another spirited adventure in Spy Kids 2. Their newest and most dangerous mission takes them to a mysterious, hidden volcanic island where they meet a reclusive genetic scientist (Steve Buscemi) and his bizarre Noah’s Ark of hybrid creatures which include the cat-fish, the bull-frog, and the Spork (sparrow / pork). Hot on their heels, eager to solve the mystery on the island and stop the world’s imminent destruction first, are Carmen and Juni’s rivals from OSS Junior, Gary (Matt O’Leary) and Gerti (Emily Osment) Giggles.

As the four kids head right into a perilous trap that could make them disappear forever, super spies Mom and Dad Cortez (Carla Gugino, Antonio Banderas) go after them, and their spy grandparents – “retired, but not tired” – played by Ricardo Montalban and Holland Taylor, round out the rescue party. But with their gadgets, gizmos and genetics, the Cortez kids don’t need rescuing… or so they think.

Writer, director, editor, production designer, director of photography, re-recording mixer and composer (!) Robert Rodriguez has done something very unusual here: he’s topped the popular original. Spy Kids 2 has a better plot, cooler special effects, and even more adventure than Spy Kids 1. It helps that all the same actors are back to play these likable characters, and Rodriguez was smart enough to add just enough new ones. Grandpa Cortez, in his high-tech wheelchair, is a not only a great role model, he’s portrayed by the ideal actor for the role. The Giggles kids are perfectly annoying, and there’s also a cavalcade of consistently cool character actors – Bucemi, Danny Trejo, Cheech Marin, Bill Paxton, Mike Judge – that are sure to delight with their quirky portrayals.
Movie Quality: 9/10

The print is presented in 1080p/AVC MPEG-4 with a 1:78:1 aspect ratio. The film is very colorful throughout. Colors are vibrant carrying a more natural color palette. Blacks are also very strong and deep. With strong colors and deep blacks, it brings out the fine details. Details are very good. Fleshtones also look very natural. The print is as clean as a whistle with a very pristine look.
Print Quality: 9.5/10

The audio is presented in a DTS-HD MA l0ssless 5.1 mix. Dialogue through the center channel is very clean and crisp. The action sequences and music on this soundtrack pushed the audio in the soundfield. This is one mix that truly fills the soundfield pulling the user into the experience. Fidelity is excellent throughout the film providing a consistent sound.
Print Quality: 9/10

As a side note, ‘Spy Kids 2’ 2 is a homage to the creature creations of famed special effects/monster wizard Ray Harryhausen. His influence is felt all over the picture and it was kind of nice to sit back, relax, and enjoy a movie that felt like an old ‘Sinbad’ picture. Kids will love this movie, teens will find it boring, and adults will have a mixed response.
Overall Rating: 8/10