Posted in DVD Reviews by George Theofanopoulos on 06 January 2009 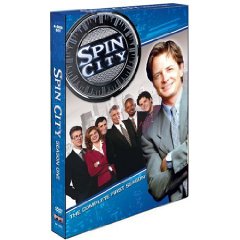 Michael J. Fox made his initial television debut in the 1980’s as Republican Alex P. Keaton with the popular show ‘Family Ties’. He lit up the screen every time he was in front of the camera, especially when he was pushing his political views. Michael J. Fox would make his return to television in his long awaited return as a politician. This time it is for the opposing party versus what he played in his ‘Family Ties’ role. There are 24 episodes clocking in at 22 minutes a piece in the first season.

He is Democratic New York Deputy Mayor Mike Flaherty. Flaherty is a cross between Al Gore and George Stephanopoulos with hints of the Kennedy family sprinkled into the mix. Flaherty reports to Mayor Randall Winston (Barry Bostwick) where the role is a bit similar to Bill Clinton. This is a very interesting premise on how the show takes actual political figures and interjects their personas into the show. While politics is the forefront of the show, there are also secondary storylines such as Mike seeking for true love. One of the ongoing stories deals with romance and Mike’s relationship with news reporter Ashley Schaeffer (Carla Gugino).

It is interesting to see politics from the Democrats side of politics. I enjoyed this show because there is no sleaze here as you would probably expect from politicians. Michael J. Fox really brings the character to life helping make this an even more enjoyable television show.

Since Boatman and the other actors merely could have been one-dimensional tokens for Fox and Bostwick to bounce their one-liners off of, it’s appreciated that they have substantive plots of their own throughout this season (and the series). Technically it’s ‘his’ show, but Fox is the type of leading actor who successfully demonstrates that he can and is not afraid to share the limelight with other actors.
Movie Content: 4.5/5 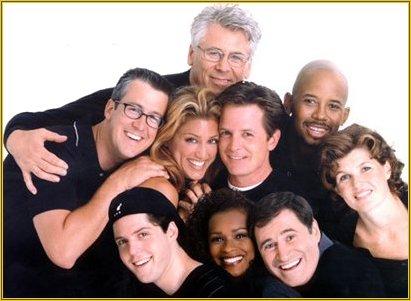 ‘Spin City’ is an absolute gem that fans of comedy and politics would enjoy. Michael J. Fox is excellent as always and the ensemble cast really helps make for an enjoyable first season. It took forever for this show to come to DVD, nearly 12 years in the format’s life. I hope that SHOUT! Factory does this show justice and releases the remaining seasons on DVD.
Overall Rating: 4/5 (Purchase)