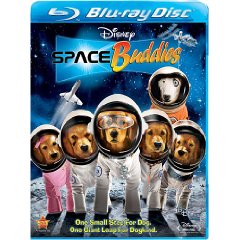 If you are a fan of ‘Air Buddies’ and ‘Snow Buddies’, then you will not want to miss the dogs in their new adventure ‘Space Buddies’. When you feel that a franchise of films has been ran into the ground, you never get that notion with the ‘Buddies’ series of films. We own and have seen several times both ‘Air Buddies’ and ‘Snow Buddies’. The ‘Buddies’ franchise knows its target audience, and it never strays from that focus.

Our buddies return for another go around, as Buddha (Field Cate), Budderball (Josh Flitter), B-Dawg (Skyler Gisondo), Mudbud (Henry Hodges), and Rosebud (Liliana Mumy) are ready to take it into space this time. Each dog is on a trip with their master to view a space launch. The five siblings decide to sneak away from their masters as they are not paying attention to them. With them sneaking away, they get aboard one of the shuttles which is heading towards the moon. The problem is that this shuttle wasn’t meant to have any living life forms aboard it when launched into space. The dogs are on a mission to the moon and nobody knows it until they see the dogs walking out of the shuttle once it lands on the moon.

The poor little dogs are in somewhat danger with an unstable scientist Dr. Finkel (Kevin Weisman) that wants to sabotage the mission so he can become the head of the space program. The dogs have to also contend with a off the wall Russian cosmonaut who is in a space station seeking help. He was stranded there long ago and needs to get back home himself. They also find themselves a little friend, a Russian dog Spudnick (Jason Earles). Who is looking for his master which hopes to reunite with him.

The voice acting changes again this go around and I found it to be the worst of the three films this go around. The younger actors used here for the voice acting, weren’t as interesting as I would have hoped. There was just something that didn’t grab my attention. Also the CGI wasn’t executed as well looking making the film a tad unrealistic in several scenes.
Movie Content: 3.5/5 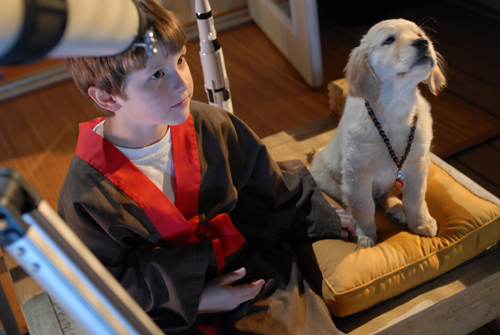 The print is presented in 1080p/AVC MPEG-4 with a 1.78:1 aspect ratio on Blu-ray. Colors are vivid and bold looking. Flesh tones are natural and accurate. You can see strands of fur in the dog’s coats which provides for a sharp and detailed image. Black levels are strong.
Print Quality: 4/5

The audio is presented in DTS-HD MA lossless 5.1 mix. This is more of a dialogue driven film, so it does not take advantage of the soundfield. During the moments that the soundfield is used, it’s for the soundtrack and the minor effects. Dialogue is clean through the center channel with no apparent hiccups.
Audio Quality: 4/5 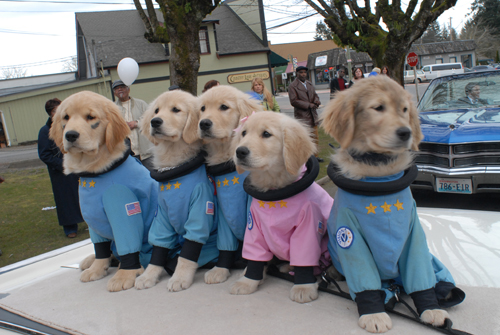 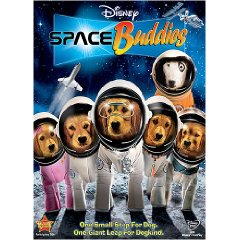 I found the picture and audio quality for the DVD to be good. The image is sharp and detailed. Colors are nicely saturated but still natural-looking. Flesh tones are natural and accurate. Audio is presented in Dolby Digital 5.1 mix. With the film being dialogue driven, audio is clear through the center channel.

Music & More
Dancing in the Moonlight

‘Space Budies’ knows its audience and never strays from its goal to entertain children under the age of 10. The film is good on both Blu-ray and DVD, with the Blu-ray winning out from a technical standpoint. If you are a fan of the franchise, you will enjoy this film.
Overall Rating: 4/5 (Rental)