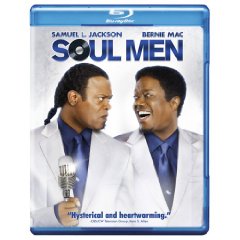 ‘Soul Men’ is Bernie Mac’s final film before his untimely death. ‘Soul Men’ is an accidental love letter to the comic genius of Bernie Mac. It’s full of joy and even a surprising amount of clear-eyed innocence. The film grossed a total of $12 million dollars domestically at the box office.

Floyd Henderson (Bernie Mac) and Louis Hinds (Samuel L. Jackson) have not spoken with each other in over 20 years when their group lead John Legend (Marcus Hooks) left the duo. Legend would pass away that causes Floyd and Louis to reunite with each other for a memorial concert. The concert takes place at the ever so popular Apollo Theater, provide it that Floyd and Louis can work together.

One of the most hilarious moments in the film is when both men end up sleeping with a mother (Jennifer Coolidge) and her grown up daughter (Sara Erickson). Both guys do not know that both women are mother and daughter. It is moments like this one here that make this film rather hilarious. There are a few over the top scenes in the film and this one takes the cake in a very funny way.

It’s great that both Jackson and Mac perform their own songs and dancing. The late Isaac Hayes also partakes in the musical ensemble. It is sad to think that both Hayes and Mac would partake in the final film of their careers. Sitting through the film, you get a very strange feeling at just the thought of Mac having passed away. He was a one of a kind comedian that could get a laugh out of anyone. Mac had that uplifting comedy act that you can see the joy he was having performing in front of an audience.

The print is presented in 1080p/AVC MPEG-4 codec with a 2.35:1 aspect ratio. Weinstein continues to provide nice image quality across their high definition releases. Colors were strong and bold giving the image pop. Blacks are strong, but not as deep as I would have expected. Flesh tones were natural. The print was pristine from any print damage or issues.
Print Quality: 4/5

The audio is presented in Dolby TrueHD 5.1 mix. This is a dialogue driven film that takes advantage of the soundfield through its soundtrack. Dialogue is clean through the center channel providing some excellent depth. This mix is well balanced between the dialogue and soundfield, I never had to raise or lower the volume. The music takes center stage here offering some great dynamics and panning in the soundfield. There were many times throughout the film that I felt like I was sitting there in the middle of their performances.
Audio Quality: 4/5 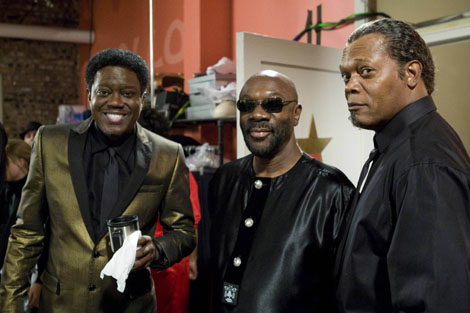 In both Benie Mac’s and Issac Hayes final performances in a feature film, ‘Soul Men’ is an enjoyable film. Then add the spunk and enthusiastic Samuel L. Jackson, and we have a fun filled time from start to finish. The Blu-ray provides exceptional video and audio which is well worth going the high definition route for this film.
Overall Rating: 4/5