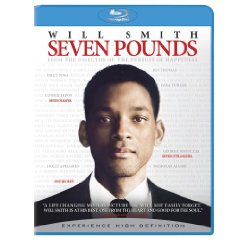 Ben Thomas (Will Smith), an IRS agent whom, from the very beginning is obviously attempting to overcome his past begins to interact with seven different lives. His interactions with these people are strange and feel very out of place. He begins to fall in love with a woman Emily Posa (Rosario Dawson) that has a heart condition. This places a huge impact on his life. I will stop there with the story as not to spoil anything.

Indeed, Smith’s character remains an enigma for so long that many in the audience many feel like bailing out long before any real answers to the puzzle are finally revealed. That would be a shame for they would have missed out on what is a sweet and compelling love story, touchingly and sensitively played by two fine actors in their primes. While the movie may slip into mediocrity and an attitude of self-importance from time to time, the stars always manage to keep it life-sized and personal.

Will Smith seems lately to be stuck in take any role in Hollywood mode which is causing many of his fans to get upset. Unfortunately, this film lacks the realism and appeal of past dramatic turns like Ali or The Pursuit of Happyness, bordering on a fantasized and erroneously formulated ideal of good. Rosario Dawson who plays the role of Emily Posa, lacked chemistry with Will Smith and I felt that she . Woody Harrelson in another supporting role, tends to bring forth thoughts of a nice payday but little else.
Movie Content: 6/10 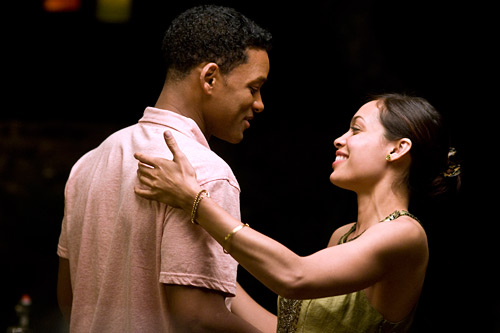 The print is presented in 1080p/AVC MPEG-4 with a 1.85:1 aspect ratio. Colors are vibrant in this film almost becoming eyepopping in several scenes. Then there are a few scenes that do not look great due to the lack of details during those scenes. Fleshtones look accurate and natural. Black levels are deep looking inky. ‘Seven Pounds’ looks good on Blu-ray in high definition, but is lacking in a few areas that hold it back from being an excellent viewing experience.
Print Quality:8/10

The audio is presented in Dolby TrueHD 5.1 mix. This is a film that will not rock the house from an audio standpoint. ‘Seven Pounds’ is a dialogue driven film, it takes the spotlight here. Dialogue comes through the center rather clean and crisp. The score takes advantage of the soundfield providing some decent ambient effects through the rears.
Audio Quality: 8.5/10 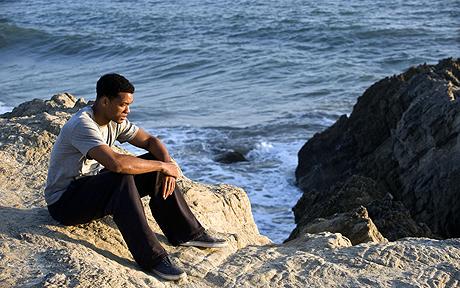 Will Smith really needs to cutback on the amount of films released a year as it would be best for him to go back to being picky on scripts. While this film is not a bad one, it is the supporting cast and the film’s story that hurts things a bit. On Blu-ray the film looks good with a few flaws in the print. All the special features are presented in high definition which would make fans of the film very happy.
Overall Rating: 8/10