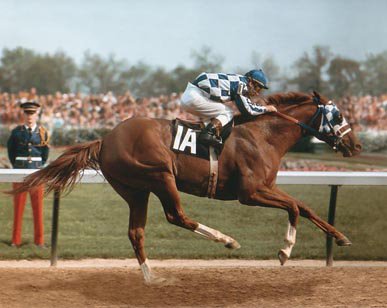 The “greatest racehorse of all time” mantle fits easily around the neck of Secretariat, the 1973 Triple Crown winner. So why not a movie version of this champion’s life? Secretariat begins in the late ’60s, with some good behind-the-scenes material on how thoroughbreds come to be (there’s flavorful atmosphere inside the horsey world, including an account of Secretariat’s ownership being decided by a coin flip as part of an old-school agreement). A highly lacquered Diane Lane plays Penny Chenery, the inheritor of her father’s stables, who segues from being an all-American mom to running a major horse-racing franchise; reliable character-actor support comes in the form of John Malkovich, as a gaudily outfitted trainer, and Margo Martindale, as Chenery’s assistant. Screenwriter Mike Rich and director Randall Wallace must do some heavy lifting to make Lane’s privileged millionaire into some sort of underdog–luckily, the hidebound traditions of the male-dominated racing scene provide some sources of outrage. The need to stack the deck even more leads the movie into its more contrived scenes, unfortunately, as though we needed dastardly villains in order to root for Penny and her horse. Meanwhile, attempts to reach for a little Seabiscuit-style social relevance don’t come off, and a curious religious undertone might make you wonder whether we’re meant to assume that God chose Secretariat over some less-deserving equine. The actual excitement of the races can’t be denied, however, and Secretariat’s awe-inspiring win at the Belmont Stakes remains a jaw-dropping, still-unequaled display of domination in that event. And maybe in sports. 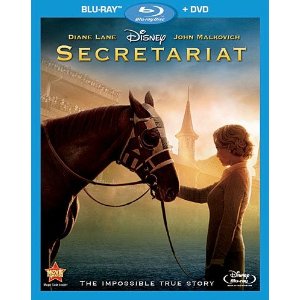 After all, it’s been 25-years since a horse has won the U.S. Triple Crown and there was so much hype going into this Triple Crown as owner Penny Chenery, a Colorado Housewife and daughter of a horsetrainer, came to take over the role that her father once had as an owner and breeder for racing horses. As many men didn’t think she could do it, with the right people, each of them came to put their belief and for Chenery, she gambled everything in hopes that this horse can win that Triple Crown and in fantastic and amazing fashion, she did.

Secretariat was the first horse to win this amazing feat in 25 years and an amazing horse that continues to hold the record at the Kentucky Derby and the Belmont Stakes. It has been over 30 years since America has had a Triple Crown winner and many have come close but to lose it at the Belmont Stakes (The final competition of the Triple Crown) and many are still awaiting a new champ, and at times wonder if there will ever be a horse like Secretariat. But let’s not categorize Secretariat as any normal racing horse, this one was quite special.

Not only because it broke records and because how it gained so much attention from fans to non-fans of the sport, his winning of the Triple Crown was remarkable and memorable as it was televised and the story of Secretariat even continued after his death in 1989 as autopsy has found that his heart was twice the size of a regular horse’s heart and is known as an “x-factor” that only special horses have. Specifically, the race horse Eclipse who had an enlarged heart from the late 1700’s (80-90% of race horses today have Eclipse in their pedigree) and research has found that Secretariat had traces from a dam-line to the daughter of Eclipse.

The horse was able to read the people around him, he knew when won, he knew when he lost. This horse had intuition and he loved the attention from photographers (yes, this horse would pose for the cameramen) and had great stature. Researching this horse, you can’t help but be amazed.
Movie Content: 9/10

The print is presented in 1080p/AVC MPEG-4 with a 2.35:1 aspect ratio. Colors are absolutely vibrant and for a film that takes place in the late ’60s and early ’70s, the presentation looks very good on Bluray. Detail is quite evident with the paint on the stable, the grime on the jockey’s faces, the dirt lifting off the tracks when the horses are racing and overall, wonderful cinematography from Dean Semler. But there is crush that does showup from time-to-time and blacks are sometimes muted. But by no means is this distracting. The textures are great and I didn’t notice any banding or any artifacting at all. No sign of DNR and for the most part, this film looks absolutely great on Blu-ray.
Video Quality: 9/10

It is relatively hard to find heartwarming movies for the whole family. This one is especially special because Secretariat had heart and courage beyond even what his owner expected. There is also a surprise revealed upon Secretariat’s death – but I’ll leave that for viewers to learn after watching the film (it is revealed in the extras).
Overall Rating: 9/10