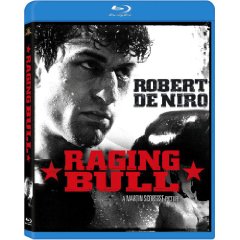 ‘Raging Bull’ has to be one of the most amazing films within the last century. This movie has spectacular directing, cinematography, and some of the best acting to every hit the silver screen. Martin Scorcese is the biggest proponent in bringing all these pieces together to make ‘Raging Bull’ a very powerful film.

Jake LaMotta (Robert DeNiro) is a boxer that has taken a handful of beatings in the ring over the years that it has ruined him mentally and physically. With such a great mental decline, it really starts to hurt his personal life. He not only neglects his girlfriend early on, but later gets to the point where he abuses his wife and just doesn’t pay any attention to his family. Things just get worse as the film progresses, to the point where he literally beats his brother Joey (Joe Pesci) to death.

LaMotta comes off like the biggest prick in film history because DeNiro played the part so well and to the point towards the end where he gained 60 pounds of weight to portray LaMotta towards the later part of his life. Martin Scorcese was so freaked out when he saw DeNiro gain so much weight; he ended production a few days early of the film so DeNiro can start to lose that weight.

Joe Pesci playing Joey does a great job in his supporting role. ‘Raging Bull’ is the beginning of Pesci’s violent behavior that we would see in movies later in his career. Watching Jake and Joey’s relationship be so strong at the beginning of the film all the way to the end where it has fallen apart also adds to the excellent script.

The fight scenes were actually very well done adding to the film’s cinematography being so strong. Each single scene made you feel like you are a part of the boxing match. The best comes with LaMotta vs. Sugar Ray Robinson during both their encounters. But their last encounter was for the ages as LaMotta tells Sugar Ray that he never hurt him once in the ring, even after Robinson beats him for the championship.
Movie Content: 5/5 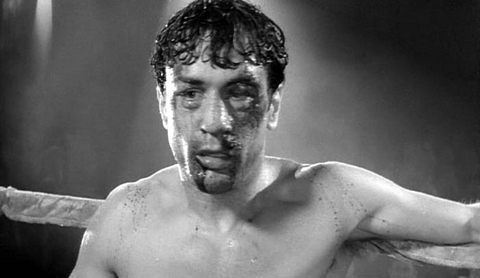 The print is presented in 1080p/AVC MPEG-4 with a 1:85:1 aspect ratio. The film is done in Black & White and is one of the most beautiful feature films ever created. The transfer was well done on Blu-ray and still maintains the grains and grit that is also found on the DVD. This print has received a decent cleanup from the DVD versions with much less white specs and print damage to the point where it isn’t noticeable. Lighting is well done in the darker scenes of the film. Facial tones look great and very natural with excellent shadowing.
Print Quality: 4.5/5

The audio is presented in a DTS-HD MA lossless 5.1 mix. I am a tad bit disappointed that the audio is at a lower level for dialogue. There are times where I had to have my receiver cranked up higher than normal just to hear the dialogue. The sound effects and score come through crystal clear as you can feel each nook and cranny from the landing punches, the camera bulbs, music at the night club, all the way to Jack roughing up his own brother Joey. While the audio is still front heavy, it is rather impressive minus the low level of dialogue.
Audio Quality: 3.5/5 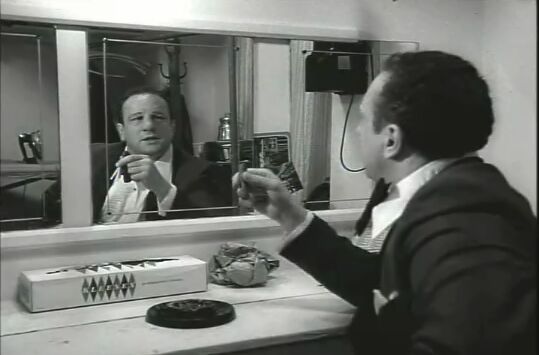 Not all features make it over from the special edition DVD which to some is will be a disappointment.

I am very excited that ‘Raging Bull’ has made it to high definition on Blu-ray. This is one of my all-time favorite films and it looks spectacular on Blu-ray making this a worthy upgrade. Not all the special features have made it over the 2-disc special edition DVD. I highly recommend this as a purchase for fans of the film.
Overall Rating: 4/5