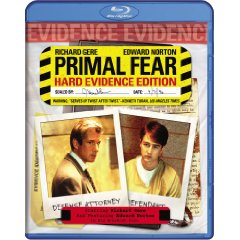 Based on the novel of murder and suspense by William Diehl, we’ve got a truly star-studded jackpot with ‘Primal Fear.’ The characters were so well written in the book, it must not have been too difficult to convert to film. It’s easy to love and/or hate each character. ‘Primal Fear’ was a huge success at the theaters with a worldwide total gross of $102 million dollars.

Martin Vale (Richard Gere) eats, sleeps and breathes the law. As a defense attorney he is feared and hated by every prosecutor in Chicago because he’s excellent at what he does. He’s known for his rough tactics as well as his brilliant performances in the courtroom. He loves being in court as much as he loves seeing his name in print and his face on the evening news. He believes “that a person is innocent until proven guilty” and believes in the basic goodness in people. He simply loves the law.

When Chicago’s beloved Archbishop Rushman is stabbed to death (78 times) in his rectory and a blood-soaked alter boy (Edward Norton) is arrested as the prime and only suspect, Vail can’t resist being the first to offer his services – pro bono. Aaron Stampler is the 19-year-old alter boy who claims he didn’t kill the Archbishop. He says he was in the room at the time of the murder, but that there was a third person there and he blacked out. His stuttering Kentucky mountain accent and angelic boy scout look is only the beginning to a great defense.

Janet Venable (Laura Linney), a former girlfriend of Vail, is the prosecutor assigned to this case. I think she’s looking forward to butting heads with Vail again. Her bosses want the death penalty and nothing less.

Richard Gere is always brilliant, putting everything he’s got into each role. This character, Martin Vail, reminds me of his Edward Lewis in “Pretty Woman.” He loves his job, actually lives it, makes a ton of money, is very arrogant, confident, brilliant, very charming, clever, persuasive and thorough. Edward Norton got the role of a lifetime when he landed this character, Aaron Stampler the role that put him on the Hollywood map.
Movie Content: 4.5/5 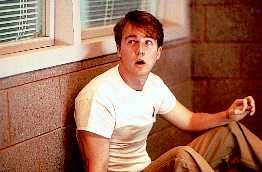 The print is presented in 1080p/AVC MPEG-4 with a 2.35:1 aspect ratio. Compared to the previous DVD release, this film is a rather impressive showing on Blu-ray. Colors are strong and bright throughout the print offering a decent pop to the image. Black levels are deep. Details were good in several scenes on up close shots, but when the camera panned away there was a loss of detail. There is grain in the film which is not consistent throughout the print. This can get a bit distracting at times.
Print Quality: 4/5

The audio is presented in Dolby TrueHD 5.1 mix. ‘Primal Fear’ s a dialogue driven film, so this is a front heavy experience. The dialogue was clear and crisp with no apparent issues. The mix is well balanced with the low usage of the surrounds. The rears do get some use with the soundtrack, but do not offer the excellent depth. I would say that this mix was sufficient enough for this type of film.
Audio Quality: 3.5/5 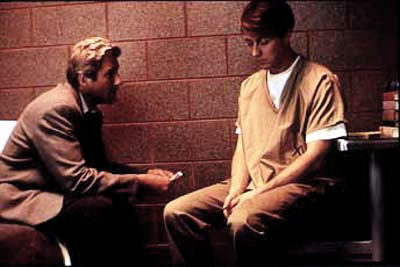 ‘Primal Fear’ is an excellent crime/thriller that will keep you glued to the television till the end. There are some twists and turns that catch the viewer by surprise. On Blu-ray, the film looks good compared to the previous DVD version while there is still some room for improvement. For fans of the film, I highly recommend the upgrade as this is well worth the purchase.
Overall Rating: 3.5/5