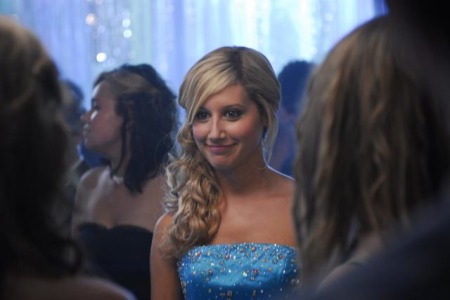 Technology is the way of the future and every high school student needs a video phone, at least according to Mandy (Ashley Tisdale) and her friends Alexa (Lauren Collins) and Cayenne (Shenae Grimes). When Mandy’s overprotective Dad (Kevin Pollak) finally gives her a video phone and a pair of contacts for her 18th birthday, Mandy feels like her image, and her entire world, is about to change for the better–especially when her long-lived crush Drew Patterson (Robbie Amell) actually notices her. What Mandy doesn’t count on is that her father will use her new phone to track her every move and that Drew’s attention will inspire Lisa (Cindy Busby), the hottest, most popular girl in school, to begin plotting against Mandy with a vengeance. A full 90 minutes of serious attitude, technological obsession, deception, and just plain meanness, this film appeals primarily to the preteen and teen audience and manages to convey the message that goodness and trust will prevail despite enormous odds. Parents will most likely find the film distasteful, though they could potentially learn something about letting go, and it should be noted that there are a fair number of sexual references like “hump and dump,” virgins being “deflowered,” and “do her and dump her.” Look for Ashley Tisdale’s “Shadow of the Night” performance as well as 2 bonus making of segments, cell phone confessions, text commentary, and a trivia quiz. (Ages 11 and older). 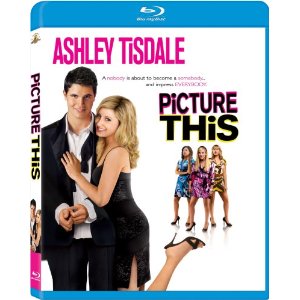 Mandy Gilbert (Ashley Tisdale) is stuck in obscurity. Not only is she geeky, but her father is a bit of an overprotective control freak and her cell phone is stuck in the dark ages. She does have two good friends, but that’s about it.

Since seventh grade, she has had a crush on Drew Patterson (Robbie Amell). And, the day before her eighteenth birthday, decides to do something about it. Much to her surprise, it’s not as hard as she thought it would be. He even invites her to be his date at a party he is giving this weekend.

However, things take a turn for the worse when her dad (Kevin Pollak) grounds her for almost no reason. She manages to get a reprieve, but only to study. Now she must figure out a way to get an outfit and get to the party, all while fooling her dad with her new, flashy camera phone. But as the situations get out of hand, can she pull it off?

Instead of a relaxing hour and a half, I spent the entire time cringing as Mandy moved from one bad experience to another. I did find a couple scenes amusing, but that was about it. None of the characters were that sympathetic. And the moral about parents learning to let go sends a bad message to the intended teen audience. Despite the fact that the film debuted on ABC Family, I would have expected a bit more from this film but just a let down.

The print is presented in 1080p/AVC MPEG-4 with a 1:78:1 aspect ratio. I found this print to be rather eye pleasing with vibrant colors. Fleshtones are very natural and accurate, considering that we see a few bare necessities throughout. Black levels are solid throughout. The image lacks in sharpness which hurts this film in the details department. With the lack of details, it does hurt the image quality.
Print Quality: 7.5/10

The audio is presented in a DTS-HD MA lossless 5.1 mix. This film is a dialogue driven film. Dialogue was clean through the center channel with a nice degree of depth. I never had to raise or lower the volume to make out what was being said. The soundfield does get a few effects into play, but nothing major. The soundtrack takes advantage of the soundfield with audio also pouring through the rears.
Print Quality: 8.5/10

Those looking for a light movie will be disappointed. Instead, it glorifies teen rebellion and vilifies parents. Even though there were a couple clever scenes, I won’t be watching again.
Overall Rating: