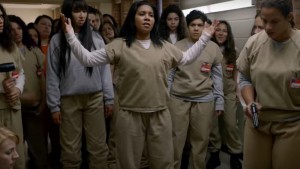 Convicted of a decade old crime of transporting drug money to an ex-girlfriend, normally law abiding Piper Chapman is sentenced to a year and a half behind bars to face the reality of how life changing prison can really be. 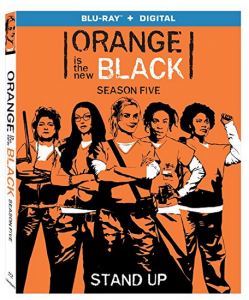 This show addresses several social issues in the most hilarious ways. It shows you how prison can break a person and turn them even worse that they were before getting it. It shows you how capitalism has affected what should be government owned properties, and turned prisoners into rather slaves. It shows you how racism is still very much alive and how it affects the discriminated against and how it favors the rich and white over others. It shows how prisoners are being treated and sexually harassed just because they cannot speak of it. It even addressed homosexuality and how it is stigmatized even by law enforcers. It shows how religion has made tribalism stronger than ever.

The show is very strong in its characterization. You really get to know all the characters inside and out. You understand their struggles and why they act the way they act. You really feel empathy and love for so many of these characters. The wonderful thing about this show is that there is no real main character. We jump back and forth between many complex characters and learn so much about their background and so on.

The show loses some steam during the third season and most of the fourth. It is not bad by any means, but the content does lack a bit. However, season five – which seems very outlandish – is very strong and propels the show upwards. The first two seasons also carry the show out highly. This show will undoubtedly be coming to an end soon, and it will go out on top.

This is such a great show that covers so many themes and ideas we can all relate to. It is strong, powerful and worth the watch. DO not miss out on this masterpiece!

The print is presented in 1080p/AVC MPEG-4 with a 1.85:1 aspect ratio. The print looks very good throughout without any apparent issues. Colors are vibrant and carry pop which brings out the fine details. The detailed scenes stand out very well. Blacks are deep. I found the print to be crystal clear with no artifacts or print damage. There is a nice mixture of outside and inside scenes with ‘Orange’, but the outside scenes use of natural lighting really shows off the print.
Print Quality: 9/10

The audio is presented in a DTS-HD MA l0ssless 5.1 mix. With many comedies, they never truly take advantage of the soundfield. The same can be said in some instances with ‘Orange’ considering that it is more of a front heavy experience. When the soundtrack comes into play, especially during the riot in the jail, it really fills up the soundfield. Dialogue is clear and crisp through the center channel.
Print Quality: 9/10

All the characters are incredible, the acting is on point, story lines and everything. Yes sometimes it gets a little out of control but that’s what makes the show so interesting.
Overall Rating: 8/10