Off The Map The Complete First Season DVD Review 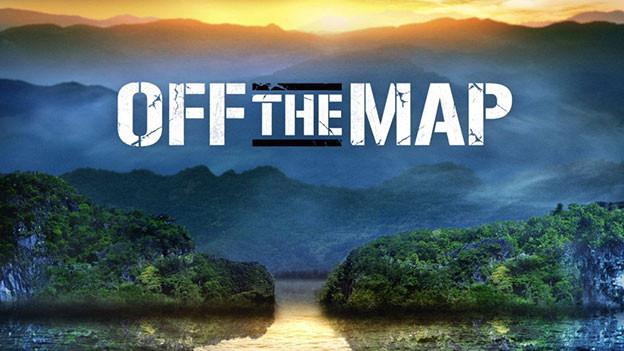 Off the Map was a medical drama created by Jenna Bans, who also served as an executive producer, with colleagues from Grey’s Anatomy, Shonda Rhimes and Betsy Beers. The series ran on ABC from January 12, 2011 to April 6, 2011. 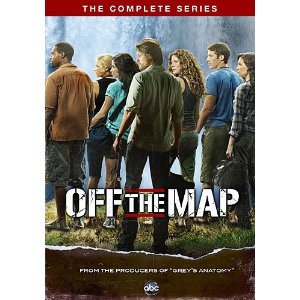 Off the Map is a medical drama created by Jenna Bans, who also serves as an executive producer, with colleagues from Grey’s Anatomy, Shonda Rhimes and Betsy Beers. The series ran on ABC from January 12, 2011 to April 6, 2011, cancelled after only one season. The series is set in a remote South American village, (fish out-of-water) where seven doctors search for reasons that brought each of them to medicine some ran away from society like Doctors without Borders.

Martin Henderson as Dr. Benjamin “Ben” Keeton — Keeton is “one of the world’s greatest humanitarians,” according to Mina and Lily. He was married to Abby and they had a daughter together, but they died during an accident. However, in episode 4 it’s revealed that Abby is on life support in the San Miguel Hospital and Ben is keeping her on life support because her trust fund bankrolls the clinic. When EEG scans show no change, Ben must make the decision whether or not to keep his wife on life support. He became involved with Dr. Ryan Clarke some time after the accident, and although they have mostly been on and off, Ben starts to realize he must move on with his life and allows himself to commit to Ryan on a deeper level. When she has to go to New York for a full investigation regarding her heart disease, he decides to temporarily leave the clinic behind and leave with her. In episode 12 Hold on tight he fires Mina for lying to him about being Clark’s doctor.

Jason Winston George as Dr. Otis Cole — It is said about Cole that his bark is “just as bad as his bite.” Although he is strict while working, off the job he can be extremely silly. He is good friends with Zee, and although they started out as friends with benefits, he realizes he’s falling in love with her after she breaks up with him. Cole was once addicted to morphine and heroin and consumes candy to stay clean. When Cole and Minard must retrieve heroin to use as painkillers, he contemplates relapsing, carrying around a stash of heroin for a whole day, before coming clean to Ben, who then takes his heroin and gives him some more candy.
Valerie Cruz as Zita Alareina “Zee” Toledo Alvarez — Zee is the mother hen of the doctors. She shows disapproval towards workplace romances but has developed a casual relationship with Cole. When she finds out it’s more a friends with benefits thing for Cole, she ends things between them, but finds herself drawn back in when he’s injured during a rescue mission. They are currently contemplating getting back together and try a real relationship.

Caroline Dhavernas as Dr. Lily Brenner — Brenner’s fiancé was killed in a cycling accident after she asked him to go out and get her some cereal. She has an attraction to Ben Keeton, although this was set back by her disapproval at his handling of a patient in “A Doctor Time Out”, and is completely ended once she discovers Keeton has gotten back together with Clark. She meets a local farmer named Mateo at the local bar and forms a relationship with him, until she discovers that he and his family grow coca on their land, which is used to make cocaine. Brenner is an extreme control freak and finds it difficult at first to adapt to the unexpected situations in the jungle that regularly break her routine.

Zach Gilford as Dr. Tommy Fuller — Tommy is shown to be a promiscuous and light-hearted character who incurred Cole’s wrath quite early on, earning the nickname “Plastics.” He is shown to have “barely made his way through medical school” according to Cole. Tommy had a brief crush on Ryan, until he found out she was dating Keeton. He had a relationship with a local girl named Alma, but due to lack of knowledge of each other’s language, he finds it difficult to be around her. He eventually gets drunk and sleeps with Minard, after which things become awkward for them. In the episode 11 “Everything as it should be” Tommy gets jealous when a patient become involved with Mina. He tells Brenner this and she says go for it, when he dose he finds Mina in the shower with Phur. Tommy is shown to be upset when he sees Mina and Phur together. He is upset when he realizes that Mina’s relationship is more than sex and eggs. In the season finale he finally tells Mina that he has fallen in love with her.

Mamie Gummer as Dr. Mina Minard — Mina is a doctor who “only works solo” and loses confidence easily due to a misdiagnosis earlier in her career that led to the death of a patient, a little boy named Eric. She is highly competitive at work. She owns a chicken named Dinner that was given to her by a grateful patient. In episode 4 Mina says that her father is the head of a major Boston hospital, and when she misdiagnosed Eric he wiped her resume clean of the incident. She appears to have some kind of attraction to Cole after they share some close moments. In episode 8, Mina sleeps with Tommy while she is drunk after a party for her new god-daughter. In episode 12 Hold on tight Mina becomes Ryans doctor without Keeton knowing. At the end of the episode Keeton fires Mina for lying to him and will never let her be Ryan’s doctor.

Rachelle Lefevre as Dr. Ryan Clark — Ryan’s parents were missionaries, and she grew up all over the world. She was bitten by an assassin bug when she was eight years old which went untreated causing her to develop Chagas disease. Twenty years later, the disease has caused irreversible heart damage and leads her to going into heart failure. She’s in an on and off again relationship with Ben Keeton, although he eventually fully commits to her once he realizes it’s time for him to move on from his past. When he discovers the truth about Ryan’s condition, he is worried sick, which leads to both of them declaring their love for each other. When Ryan has to go to New York for her heart to get her on a transplant list, she’s joined by Ben at the airport, who decides to come with her.
Movie Content: 9/10

I was very excited when I first saw advertisements for this show on TV. Martin Henderson is one of my favorite actors and was excited to be able to see him on a regular basis. But as I watched the show I couldn’t bring myself to care about any of the characters. The general idea of the doctors in the wild is extremely appealing but the execution was a bit sloppy in my opinion.
Overall Rating: 8/10