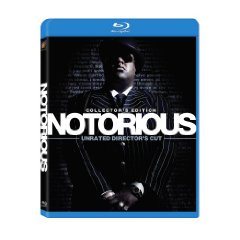 In music terms, Brooklyn’s Christopher “Biggie Smalls” Wallace was a hip-hop superstar to rival Oakland’s Tupac Shakur. In movie terms, however, 2Pac has long overshadowed B.I.G. with the films he made as an actor and the documentaries that followed in the wake of his similarly-unsolved murder. George Tillman Jr. (Soul Food, Men of Honor) aims to correct that imbalance with Notorious, the authorized biography of the larger-than-life New York rapper. Produced by his mother, Voletta Wallace (played by Angela Bassett), and record producer Sean “Puffy” Combs (Derek Luke), Tillman presents Biggie as a bright child who grew up to be a drug dealer before finding his true calling on stage, only to be cut down in the prime of life. In his feature-film debut, Jamal “Gravy” Woolard captures Biggie’s complexity–the loyalty to his crew, the disloyalty to his ladies (including Lil’ Kim and Faith Evans)–but struggles to make him as sympathetic as the figure that emerges in Nick Broomfield’s Biggie & Tupac, simply because the script relies too heavily on the usual musical-bio clichés. Fortunately, several bright spots elevate the scenario, such as Anthony Mackie as Pac, Christopher Wallace Jr. as young Biggie, and Woolard’s rapping, which segues seamlessly into B.I.G.’s (the soundtrack mixes original tracks with remakes). If Notorious isn’t a failure, it isn’t a triumph either, but Tillman has crafted it with love and respect, and only a stone could remain unmoved by the real-life funeral footage at the end.

I found the death of Christopher “Notorious B.I.G” Wallace in 1997 as a big shock as the rest of the world had the same feelings. The news that was even bigger than his death was the huge war going on between the East Coast vs. West Coast hip hop feud. This feud would lead up to the death of 2Pac initially and then Wallace. The film grossed a worldwide box office of $43 million dollars. The film is a biopic that covers Wallace’s life from beginning to end.

This is an amazing film that really caught my by surprise and held my attention from start to finish. Not only did I love the atmosphere and trying to make the film as authentic as possible, but I also thought that the performances were some the strongest seen in a biopic. The authenticity goes down right to the vehicles driven, hairstyles, and mannerisms down to the tee.

James Woolard did an excellent job capturing the look and feel of Christopher Wallace. His acting was superb and there were times he made you feel pitty for him and other times you wanted to really strangle him for the horrible things he did. Then add Christopher’s son Christopher Jordan Wallace playing his dad at a young age around 12 years old and that was a nice touch.

If you thought that Woolard did an excellent job, Angela Bassett did a wonderful job as Voletta Wallace. Bassett is a great actress and she really showed care and strength as a single mother going through hard times trying to raise her son to do the right thing. Bassett had strong emotions in her role making her very believable. The rest of the supporting cast was also very good. There is so much time that is spent with Biggie’s crew throughout the film, that it could have been a failure with the inappropriate actors. Each and every actor in the film nailed their performances engaging the viewer the entire time.

I also found that they were able to capture New York down to the tee in the cinematography department. It showed how gritty of a place certain parts of New York can be. This helped show how Biggie grew up in that environment and what he had to do to survive.
Movie Content: 9.5/10 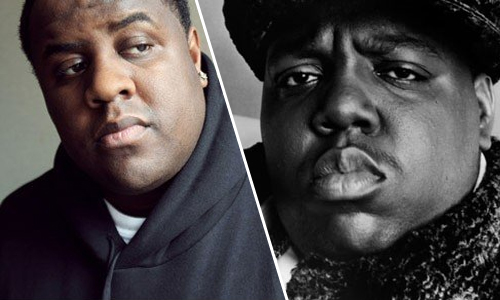 The transfer is presented in 1080p/AVC MPEG-4 with a 2.55:1 aspect ratio. I found that the image quality brought the film to life. We saw the beauty of the city to its gritty side with some beautiful cinematography that made the city really come to life. The color palette used hear was also excellent providing a very clean and vibrant image.  There are some stunning details as you can see the skin pores, threading on some of Biggie’s suits, signs in the background with clear lettering to mention a few. New York was captured ever so beautifully in this film.
Print Quality: 9.5/10

The audio is presented in DTS-HD MA lossless 5.1 mix. I found that the dialogue in the film through the center channel was crystal clear. The soundtrack also plays a huge part in the film’s audio which makes you feel like a part of the party during the giving your entire soundfield a workout. Of course the film showcases most of Biggie’s hits which sound very good.
Audio Quality: 9.5/10 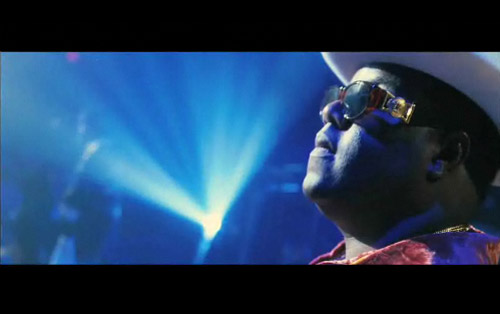 All features are presented in high definition definition. This is one jam packed 2 disc collector’s edition Blu-ray that also comes with a digital copy of the film.

‘Notorious’ is an excellent biopic on Christopher Wallace which is more one sided spending more of the positive side of his life, but this was engaging from start to finish. The film on Blu-ray is visually stunning and offers an excellent audio mix. I highly recommend this film for fans of Biggie Smalls and even those that are not fans, there is some good material in this film.
Overall Rating: 9/10