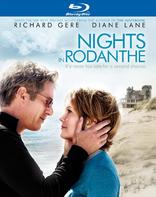 In the third outing by Diane Lane and Richard Gere, they take the safer road with much less risks, twists, and turns in the plot this time around. While the surprises are much less here than their outing in 2002’s ‘Unfaithful’, there is enough to keep the viewer interested till the end. Then in 1984’s ‘The Cotton Club’ centered around the 1930’s as they were immature newlyweds. Both have been placed in various relationship types with each other over the last 25 years. There is a difference between their first two outings than in ‘Rodanthe’, their characters were never given that emotionally driven intensity of true love for each other until now.

Adrienne Willis’s life is rather difficult as she has a rebellious teenage daughter Amanda Willis (Mae Whitman), her dorky son Danny Willis (Charlie Tahan), and her cheating husband Jack Willis (Christopher Meloni). Jack wants Adrienne back and uses the kids as his ploy to get her back after being out of their lives for several months. Adrienne decides to just leave them for a few days to manage the inn alongside the beach in North Carolina for her friend Jean (Viola Davis). It forces her to take a much needed break from a family that is beginning to drive her up a wall.

Dr. Paul Flanner (Richard Gere) is the only guest that shows up to the inn. He spends four nights at the inn trying to get through issues in his own life that has made him emotionally torn inside. Adrienne begins to cook dinner one night for Dr. Flanner as the right musical tone hits prompting that love is in the air. As the film’s story unravels, we learn more about Dr. Flanner’s past and what is tearing him inside. Adrienne is right there to listen to him and ease the pain that he is suffering.

Both Richard Gere and Diane Lane have some excellent chemistry with each other and I believe this third time is the charm. Not that their previous two films together lacked on-air chemistry, in this film they are placed in the right predicament together. While there aren’t sex scenes in the film like there were with ‘Unfaithful’, it is all about how they care for each other and are there to help with their feelings as they go through terrible times in their lives. With their strong performances, both Lane and Gere make a genuine romantic film. This is a much slower paced film than one would expect, yet it never drags along keeping things enjoyable.
Movie Content: 4.5/5 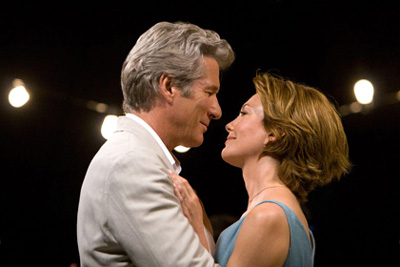 The print is presented in 1080p/VC-1 codec with a 2.40:1 aspect ratio. ‘Nights in Rodanthe’ is a very stunning looking film for a romantic drama, proving that big budget films should not be the only ones to get excellent transfers. Colors are vivid and bright offering a stunning image. Black levels are deep. Flesh tones are natural and accurate. With these aspects being top notch, this film offers up details that have a great depth to them. The print is pristine with no artifacts or damage to the print.
Print Quality: 4.5/5

The audio is presented in Dolby Digital 5.1 mix, which is very disappointing that in 2009 we are still getting lossy audio. Granted this is not a film that is going to take full advantage of the soundfield, it would still be nice to have a lossless audio track. Lossless audio could have done wonders here with the soundtrack, score, and the effects such as rain and lightning. This comes off as a front heavy presentation with very little action from the rears. Dialogue was well placed through the center channel sound very clear with no issues.
Audio Quality: 3.5/5 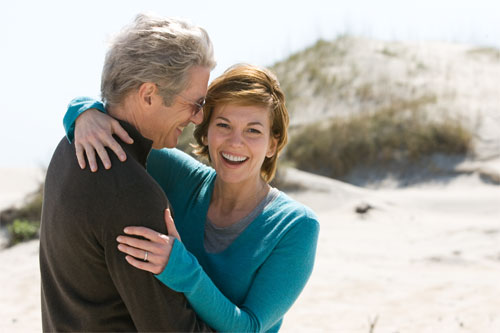 ‘Nights In Rodanthe’ is the third outing with Richard Gere and Diane Lane. I think the third time is the charm as they really strike gold in this film. This is a slower paced film as opposed to their previous efforts, but turns out to be one of the more enjoyable. I highly recommend this as a rental first, unless you are a fan of Lane or Gere.
Overall Rating: 4/5