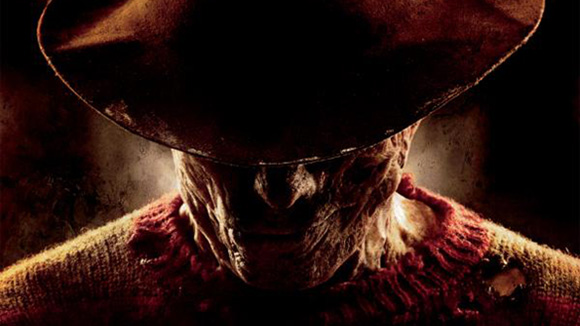 Michael Bay (Transformers, Pearl Harbor) produced this remake of Wes Craven’s 1985 horror classic A Nightmare on Elm Street, which means updated shocks, computer-driven special effects, and a brand-new Freddy Krueger, this time played by Oscar nominee Jackie Earle Haley. Unfortunately, it also means a mechanical, largely scare-free carbon of the original film–the same fate suffered by Bay’s remakes of The Texas Chainsaw Massacre and Friday the 13th. Director Samuel Bayer, best known for helming videos for Nirvana and Green Day, does well by the film’s visuals, which hew toward stylized doominess, but the film itself limps from set piece to set piece, with the ones borrowed directly from Craven’s original scoring the most impact. What’s left are a group of dull teens on the run from Haley’s Freddy, who proves unsettling, if not the dynamo that Robert Englund was in the previous franchise entries. Speaking of which, the picture ends on a note that suggests a follow-up is imminent, though some more inspiration is clearly needed if Bay’s Nightmare intends to have the longevity of the first series . 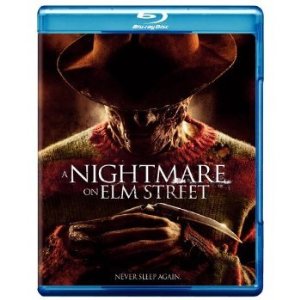 The look and feel of the new “A Nightmare On Elm Street” is impeccable, but that’s what you would expect from Michael Bay who excels at the bells and whistles of movie magic. He’s now known for taking old Hollywood Horror classics and updating them, but unfortunately the updates suffer beyond its look. Instead were given stale acting by a bland cast who you’d expect to find prancing around Twilight. They sleepwalk through their lines with innate boredom you just want Freddy to spring up and gut them already. Unfortunately, he rarely shows up. The teens aren’t the only ones mumbling their lines, the adults are just as bad. Acting isn’t a requirement to be in a Michael Bay film, you just have to look good, after all that’s what sells movie tickets right? Even if you appear lifeless on screen.

Kyle Gallner who plays the male lead Quentin Smith manages to ad a bit of a depth to his performance where none is seen anywhere else. He just might have a long acting career ahead of him. The heroine, Rooney Mara plays the role with the same zero intensity throughout and during her fight sequence in attempting to conquer Freddy you fight yourself from nodding off. Had the film focused more on the dream sequences and horror instead of the waffly romantic cliches and generic family relations this could’ve been a real winner.

It is sad to think of all those dead teenagers in the past Nightmare On Elm Street films. They were played by ambitious, talented young actors, some of them now in their 40s, who survived grueling auditions for the honor of being slashed by Freddy. Some of them are now successful: Johnny Depp, for example.

The bigger tragedy of this film is where are the scares? The moments where Freddy Krueger does show up you barely bat an eyelash. He comes and goes so quickly you wonder if you just missed him. This might be why the filmmakers thought let’s make Freddy a former pedophile when he was alive to ad those chills that seem to be missing throughout. The problem is it focuses more on this than anything else becoming a tired mystery who-dun-it.

But forget about the plot, the actors and the director. What you really require to make a new “Nightmare on Elm Street” are these three off-the-shelf sound effects: 1. A sudden, loud clanging noise mixed with a musical chord. 2. Snicker-snack sounds, which Freddy Krueger’s steel finger claws make every time they are seen. 3. A voice deepener, to drop Freddy’s speaking voice to an ominous level.

On top of that, you need your sudden cuts, your lighting from below, your thump-thump-thumps and of course a dog that barks at something unseen in the night, so that your teenage heroine can go out on the lawn in bare feet and flimsy PJs and call “Rufus! Rufus! Here, boy!” You know in your bones that Rufus is now checking into Doggie Heaven.
Movie Content: 7/10

The print is presented in 1080p/VC-1 with a 2.40:1 aspect ratio. Colors are deep and well saturated throughout the entire presentation. Blacks are strong and almost inky at times. Nowhere did the image ever appear soft with such strong colors and black levels. Flesh tones were also natural. There is some subtle grain in a few scenes, but never a distraction. Blue tints look very strong as this color is used in several scenes, especially when the teens are walking around in the dream world. Fans of the film will not be disappointed.
Video Quality: 9/10

The audio mix is presented in DTS HD 5.1 Master Audio lossless track. This is a demo worthy mix that could easily sell those on the fence about the format. The soundfield is immersive at all times no matter if it is the special effects or dialogue. I was literally amazed with the amount of panning from each speaker in the rears. It sounded as if there were all kinds of action going on in the room. Bass was punchy as it shows with the amount of effects. Dialogue is also well placed in the center channel sounding crisp and clear.
Audio Quality: 9/10

“A Nightmare on Elm Street” is by no means a great movie, but I do think it’s better than some have suggested. Still, I can’t help but wonder if there’s going to be an entirely new series of films, and if it will only continue going downhill. It is entertaining and all depending on your horror/thriller likes you may find it a surprising addition to your collection.
Overall Rating: 8/10