Posted in DVD Reviews by George Theofanopoulos on 09 September 2018 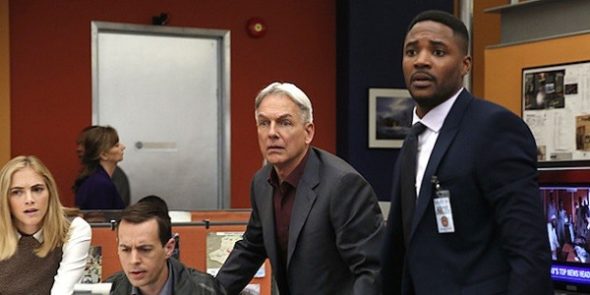 The Best Never Rest. Confronting cold cases, running secretive stings, and chasing down kidnappers are all part of the job for the unsung heroes of the Major Case Response team in the suspense-packed Season 15 of NCIS. As the team continues to search the jungles of Paraguay for Special Agents Leroy Jethro Gibbs (Mark Harmon) and Timothy McGee (Sean Murray), the cases keep coming in this x-disc, xx-episode set. Co-stars Pauley Perette, Emily Wickersham, David McCallum, Brian Dietzen, Rocky Carroll, Duane Henry, and Wilmer Valderrama are joined by Maria Bello as Special Agent and forensic psychologist Jacqueline Stone to solve suspicious suicides, run protection details and face the crimes and the criminals that threaten our country. Suspense rises in the ranks in this 24-episode, 6-disc set. 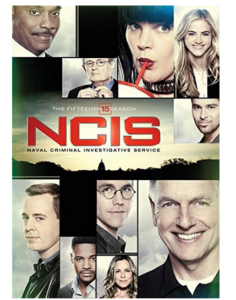 NCIS has been characterized by strong characters, good plots, and good directing. This IMHO is not the real source of its popularity. NCIS has been so popular because its characters are patriotic and care about honor and integrity. They are front line soldiers working for something greater than themselves.

NCIS had a rocky season 14, with the departure of Michael Weatherley after 13 years and the sudden death of long-time show runner Gary Glasberg. Story threads got lost, writing was uneven, and, sadly, the “team” just never jelled. There was a lot of adolescent silliness in the office. But the show did get back on track and better than ever: good stories well written and acted, newer characters fitting in well now, and the team members have suddenly all grown up again. This has been quite the excellent season. The writers expanded McGee and Bishop’s roles, which is great. The writers definitely haven’t lost their touch. If you liked it before, you’ll still like it.

It just keeps getting better and I always look forward to what will happen next. Season 15 is really good and makes up for some of the mishaps in season 14.
Overall Rating: 8/10