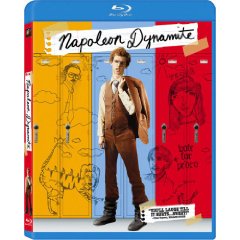 I will come out and say this right off the bat, ‘Napoleon Dynamite’ is not a film for everyone. I have had many people since its release question why I have ever enjoyed this film in the first place. The humor here is a special kind that will entertain you from start to finish if you enjoy the film’s premise. You will know right away if this is a film for you as the same sense of humor that you get at the beginning of the film is the same at the end. The film was a success at the box office with a $46 million dollars box office total based off of a $400,000 budget.

‘Napoleon Dynamite’ is a film that you sit back and enjoy without trying to analyze each scene. We follow Napoleon’s (Jon Heder) day to day activities from his odd friendships in school to his off the wall personal life at home. Napoleon is a geeky kid that takes one for the geeks by films end. It is Jon Heder that really brought Napoleon to life with his performance. The beauty of the film is that it is what you make of it by the end. Jarod Hess wrote the film in such a manner that some could look at this as a romantic comedy, others can look at it as coming of age, some may take this as a inspirational film. That is the beauty there that this film can be viewed from various viewpoints.

Napoleon lives on an Idaho farm with his brother Kip (Aaron Ruell) and grandma. When their Uncle Rico (Jon Gries) shows up, it drives Napoleon crazy.  Not only is Napoleon dorky, but Kip takes the cake and spends most of his time on internet chat rooms talking to women. Napoleon isn’t popular at the school, and doesn’t really have any friends. One day, a new student by the name of Pedro (Efren Ramirez) has moved into the small Idaho town. With Napoleon, we follow their daily adventures considering that other students pick on them on a daily basis. Then Napoleon meets Deb (Tina Majorino), whom he takes a liking to almost immediately. Pedro also takes a liking with Deb as he asks Deb to the dance after getting rejected by the popular girl at the school, Summer Wheatly (Hayley Duff). Things come to a head with Summer and Pedro once they decide to run against each other to become class president.

As I mentioned earlier, this film is not for everyone due to the humor and the content not being something that one would expect. The performances though are golden as Jon Heder pulls off the role very well. Some will begin to feel bad for his character, while others will become annoyed. Some of those annoyances happen with some very strange comments that he makes throughout the film.
Movie Content: 4/5

The print is presented in 1080p/AVC MPEG-4 codec with a 1.85:1 aspect ratio. Although this film had a small production budget of $400,000, the image quality looks good. While the transfer is not going to knock the socks off those looking for an eye popping image, it will satisfy fans of the film. The color palette is more vibrant than the previous two DVD releases, yet still retains a soft/muted look due to the original print of the film. The film does lack in details. Flesh tones are reproduced naturally.  For a catalogue title with a low budget, ‘Napoleon Dynamite’ looks decent on Blu-ray.
Print Quality: 4/5

The audio is presented in DTS-HD MA lossless 5.1 mix. The film’s audio is not aggressive by any means. ‘Napoleon Dynamite’ is a dialogue driven film with a front heavy presentation. The only time the rears are used in the film is whenever the soundtrack is in effect. Even then, the soundtrack does not have the proper oomph that one would expect.
Audio Quality: 4/5 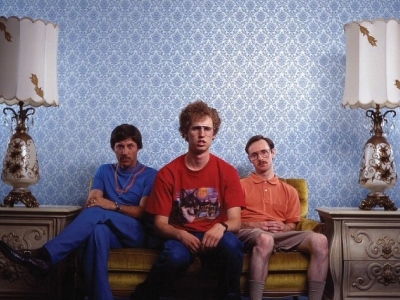 All special features are available in standard definition. For owners of the original DVD releases, all the extras of the special collector’s edition DVD have been ported over to the Blu-ray.
Special Features: 4.5/5

While ‘Madagascar: Escape 2 Africa’ lacks a tad bit in originality, it is an excellent animated film. Fans of the original will not be disappointed and the Blu-ray version of the film has some excellent video, audio, and a plethora of special features in high definition.
Overall Rating: 4/5