Posted in DVD Reviews by George Theofanopoulos on 05 March 2009 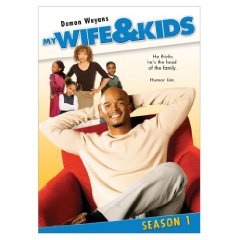 Premiering on March 28, 2001 and running for five seasons, My Wife & Kids won a People’s Choice Awards for Favorite New Television Comedy Series. Lionsgate provides all 12 episodes produced for this first season in production order rather than the order in which they aired. Only 11 episodes aired during its first season but the episode “Failure to Communicate” – which ran during the shows second season on ABC, is back again with its first season family.

‘My Wife & Kids’ first aired in 2001 as it tried to fill the void left by ‘The Cosby Show’ ten years earlier. ‘My Wife & Kids’ tried very hard to bring in similar ideas that were used in ‘The Cosby Show’ with using realism as the main basis. What made this show so great is that the family was actually normal and down to earth; bring a sense of realism which has been missing.

Where nearly every other sitcom chronicling the day-to-day activities of your average family tended to be edgy and decidedly unlike your average American family, ‘My Wife & Kids’ making this a much relatable family. While the show is hilarious, it does touch home in so many ways from episode to episode. It is a rather shame that this lasted only for 5 seasons since the wonderful stories continued all the way to the very last episode.

The real star of the show is Damon Wayans as he wasn’t in the limelight the last few years as the rest of his brothers were taking center stage with the ‘Scary Movie’ franchise. While his films have been passable at best, Damon had found the right role as a lead in a comedy. His chemistry with Tisha Campbell-Martin as his wife on the show, they make a very good couple looking out for the best interests of their children.

Pilot
Making the Grade
A Little Romance
He Said, She SaidBreaking Up and Breaking It
Of Breasts and Basketball 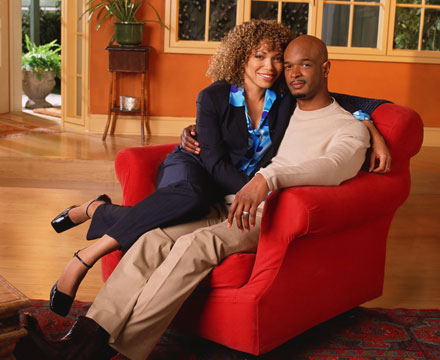 The print is presented in 1.78:1 aspect ratio in anamorphic widescreen. I am so glad to see that the show was brought over in widescreen. The show looks very good on DVD considering it is a few years old. That is excellent for fans of the show. The audio is presented in Dolby Digital 5.1 mix. The audio mix is sufficient for the show with excellent depth with the dialogue scenes.
PrintAudio Quality: 4/5 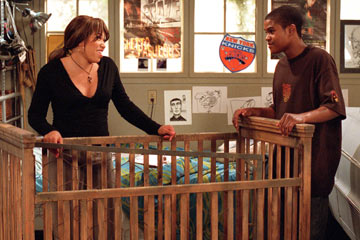 There are no special features available in this set, which is rather disappointing for fans.