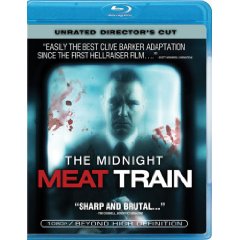 Clive Barker has to be one of the most ambitious authors, screenwriters, directors, and producers in the horror genre. For the last 23 years Barker has entertained us like no other. To enjoy Barker’s style of horror, you need to have a mindset that is open and ready for terror, suspense, and gore all rolled up into one. In 2007, promoting of Clive Barker’s ‘The Midnight Meat Train’ began and what looked to possibly be a film to bring Barker’s name back into the spotlight on a theatrical front this never occurred. Lionsgate would decide to release ‘The Midnight Meat Train’ only at 100 theaters nationwide without any promotion. That is shame because the script is enjoyable and Director Ryuhei Kitamura does a fine job with the atmosphere of the film.

The story behind ‘The Midnight Meat Train’ begins with Leon Kauffman (Bradley Cooper) who is a photographer trying to take as many pictures as possible of the city that he lives in. He has made this into a project and even as far as an obsession that he wants to come to life through his photography. Leon lives with this girlfriend Maya (Leslie Bibb) whom is very supportive of his career choice and goal to really bring the living breathing city out in his photography. Leon takes things to the next level for himself when he decides it is time to start taking more daring photographs that could cost him his life. In the subway one dark night, Leon encounters a woman that is getting terrorized by a few thugs. Leon starts to take pictures of these thugs and eventually chases them away when he proves that he isn’t threatened by them.

The next day, Leon wakes up to find out that the woman he saved has gone missing. Leon decides that he is going to unravel this mystery as hours ago, he saw this female alive and off on to the train. While he makes his way back to the train station, Leon runs into a man named Mahogany (Vinnie Jones). This man has an evil, not so happy look on his face that doesn’t show much other emotion than a cold killer. Leon decides to start following Mahogany around which leads to him to the meat plant where Mahogany works by day. As Leon starts to put two and two together, he is in belief that Mahogany is killing his victims on the train and then dumping the bodies at the plant where he can grind up their meat. This would be the perfect way for a murderer to dispatch bodies.

Through the twists and turns, the last 30 minutes of the film reveal more than you would believe. I was literally shocked as to what was happening and why Mahogany was chopping up innocent people on the train. ‘The Midnight Meat Train’ is a bloody affair and for those that are squeamish, this is a film you may want to stay away from. The film has a rather dark feel to it from beginning to end; this really helps bring the atmosphere together of the film to make it even much creepier. The brutality and decapitations are almost lifelike due to the style that Kitamura uses with slowing down the death scenes to a crawl giving them an almost 3D feel. Kitamura does an excellent job building up the terror in this film and there were scenes that had me so tense for Leon due to his obsession with trying to photograph the whole city that gets him into some trouble.

The acting in ‘The Midnight Meat Train’ is very well done, but the characters weren’t given the time to really develop their stories. If there is a small issue that I have with the film, it is that the character development was lacking a tad bit. The characters, especially Leon (Cooper) are thrown immediately into the madness that waits for him. This is classic Barker for those that have followed his career from the beginning. If Clive is going to make another run at Hollywood with more horror releases, this is his resurgence.
Movie Content: 4/5

The print is presented in 1080p/AVC MPEG-4 codec with a 2.35:1 aspect ratio. I will say this right off the bat, do not go in expecting a clean, pristine looking image. Noise, grain, and white specs rule this print from throughout. There are times where it is on the lighter side and then gets heavier with the grain. The background noise stays constant during the film. This filtering is intentional by Clive Barker to give this film a gritty look and feel, considering the content. There were a few scenes in the meat packing warehouse where the grain and noise let up, allowing for a cleaner print. Colors are muted with blues and red being the strongest of the color palette. When blood splatters across the screen, the red dominates the screen. This could come off as a very hard film to view for those that like clean transfers, but the print was intended to be on the rougher side of things.
Print Quality: 4/5

The audio is presented in DTS-HD MA lossless 5.1 mix. I was very surprised as to how immersive this mix is considering that the budget is in the $15 million dollar range. If you have any doubts about the print, I recommend sitting back and enjoying the audio presentation. The soundfield is active at all times with the rears receiving a nice amount of action at even times where there is dialogue coming through the center channel. This is a very atmospheric sounding mix, especially with the clarity from the train riding on the tracks, or Mahogany smashing a victim with a mallet. You hear the bone crunching sound from the victims and it makes you cringe. Dialogue is clear through the center channel with no issues. This is a well balanced mix where I never had to lower or raise the volume considering everything that is going on in the soundfield.
Audio Quality: 4.5/5 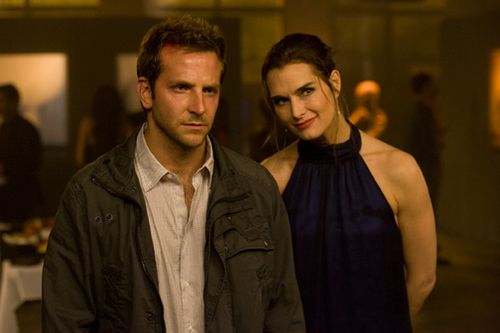 All special features are in standard definition, except for the Theatrical Trailer which is in high definition. 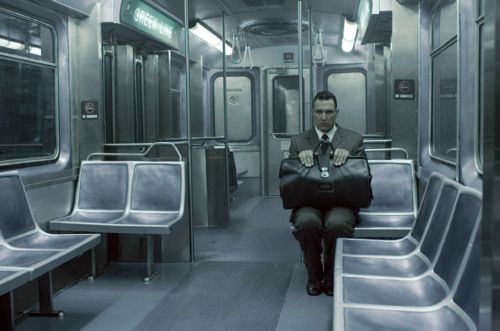 ‘The Midnight Meat Train’ is not a horror film for everyone as Clive Barker pushes the gore to levels that you wouldn’t expect. This is a very stylistic and unique looking film that may turn off some due to the grit of the print. On Blu-ray, the video and audio are really good with the audio being very impressive.
Overall Rating: 4/5