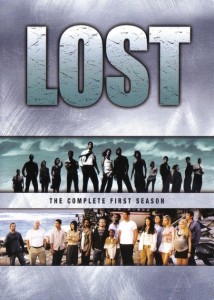 A Note From The Writer:

There are few shows that have captivated an audience like the ABC series Lost. I had spent most of 2005 and 2006 working for a company that did a great job of keeping me in the office working close to 60 hour weeks that affected most of my television viewing over the course of those two years. Because of that, I did not get the opportunity to watch Lost until after I was removed from my position and had five months to think about my next career move. I spent those months catching up on the first season of Prison Break and the first two seasons of Lost.

I was lucky enough to avoid waiting a year to find out what was hiding underneath the hatch at the end of season one, but despite this, the shocking revelation had me on the edge of my seat. As always, Lost found a way to keep me guessing, to keep me coming back for more. After a splendid crash course of the series, I willed myself into catching up with the rest of the close to 20 million fans tuning in every week (a number that has unfortunately dropped over the course of its series run). Every episode, every cliff hanging season finale, left me with more questions. It was those questions that helped me dive into the mystery of Lost, a hope to uncover the secrets lying within the story’s deep mythology.

Now, as the series heads into its final season, I will, for the second time, watch every episode in its entirety from beginning to end. The following series of articles will recap the entire five seasons of Lost starting with the $12 million pilot episode and concluding with the most talked about cliff hanger in series history. I hope that if you are fan of the series, this will provide a summary of the past events as you prepare for the exciting final season. And if you are a newcomer to the series, hopefully, this will offer you an opportunity to discover what every fan has been talking about in the last five years.

I will summarize the important parts of every episode, do my best to capture the intensity of specific thrilling scenes, and reveal only bits of information central to the story’s plot without spoiling future episodes for newcomers. I hope you enjoy.

The series premiere of Lost aired on September 22, 2004, the same date that Flight 815 – non-stop from Australia to Los Angeles – crashed on a deserted Island somewhere in the Pacific.

As future episodes of Lost will do, Part I of the Pilot opens from darkness to a close up shot of someone’s eye. That someone in this particular episode is Dr. Jack Shepard. He wakes up alone, minutes away from the beach, before a dog (later to be revealed as Vincent) appears in the jungle and runs past him. Jack follows the dogs steps, running through the jungle before coming face-to-face with 48 people screaming amongst wreckage from that fateful flight.

Immediately, upon discovering the crash site, Jack pulls a man from underneath a piece of wreckage, directs Hurley to care for the pregnant Claire, and helps revive an older woman named Rose. Later, he receives help of his own when he meets Kate. Despite fearing her ability to assist a wounded Jack, she is eventually encouraged when Jack tells a story of the first time he performed spinal surgery and accidentally shredded the base of the spine of a 16-year-old girl. Realizing that he needed to deal with his mistake, he made a choice and let the fear in for five seconds. After counting to five, the fear was gone, he fixed her and everything was fine. Kate states that if she were in the same predicament, she would have run away, but Jack retorts, “You’re not running now.”

Later that first night, the survivors wonder why rescue has not arrived, as they huddle around camp fires and prepare for their first night on the island. Jack takes a closer look at the man he pulled from the wreckage as Kate watches and curiously asks if he will survive. Both Jack and Kate discuss searching the jungle for a receiver in the plane’s cockpit to call for help. Suddenly, a loud, unknown mechanical noise from the jungle rattles the camp, striking fear amongst the survivors.

Show creators, Damon Lindeloff and JJ Abrams, devised a way to tell the back story of characters through the use of flashbacks. Each episode of Lost is centric to one character (unless otherwise noted) and helps the audience better understand why the character might be faced with a moral dilemma in the present moment. Pilot, Part I is Jack-centric and immediately back tracks to his time on Flight 815 and illustrates Jack’s fondness for hard liquor when he orders a second bottle (a bottle that is later used by Kate to heal his wound as she applies stitches). Jack watches Charlie run to the restroom just as the plane hits turbulence and begins its fateful decent.

Back on the Island, Jack, Kate and Charlie head toward the plane’s cockpit. As they walk, Charlie reveals he was a member of Drive Shaft, a famous rock band from England. The three approach the cockpit as Charlie excuses himself to the restroom inside the plane. In the cockpit, Jack and Kate discover that the plane’s pilot is still alive. The pilot explains that six hours into the flight the radio went out and the plane was at least a thousand miles off course from Fiji. Any search team would be looking in the wrong place.

Jack, Kate, Charlie and the pilot hear the monster rustling in the jungle again. As Jack and Kate try to find a glimpse of it from behind the window, the pilot pokes his head out of an opening and is quickly sucked into the sky. Jack grabs the pilot’s walkie and runs off into the jungle with Kate and Charlie. The group separates when Charlie trips and Jack retreats back to help him, leaving Kate alone, hiding a far distance away in the high branches of a tree. Taking Jack’s advice, she slowly counts to five to relieve her fear. With newfound courage, she steps out into the jungle and runs into Charlie who has no idea where Jack might be.

Kate and Charlie begin searching for Jack and as he appears from the depths of the jungle, Charlie alerts them of the pilots dead body nestled high up in the trees and asks: “How does something like that happen?”