Posted in Misc Reviews by Carlos Hernandez on 05 February 2009 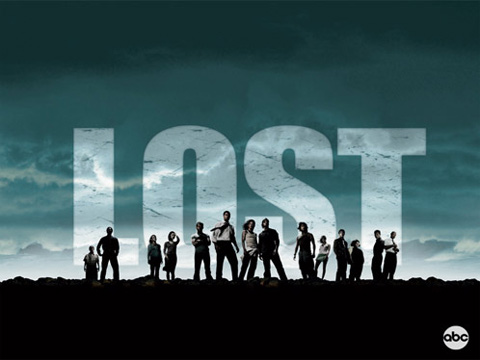 With another new episode of Lost coming up on Wednesday night, let’s recap what “Jughead” revealed to us, and what new questions viewers must have.

Last week, the audience followed Desmond and his attempt to locate Daniel Faraday’s mother. Though, his mother was not directly revealed, there is a good chance that we saw a younger version of her. Faraday and his team were transported into the 1950’s where they met an Others group being led by a never aging Richard Alpert. Alpert and his group are convinced that Faraday’s team are US Military and are there to trigger a hydrogen bomb located a few miles off the Others’s camp. Daniel, however, convinces Alpert that he can disarm the bomb and is then directed to the bomb’s location by a girl named Ellie. Later, Daniel comments on Ellie looking like someone he once knew. There is an obvious connection, as Lost is popular for having characters interact with each other constantly on and off the Island. But, it’s important to note that Daniel named his lab rat Eloise, and there is no mistaking Ellie being a nickname for Eloise.

Now, this is pure speculation on my part as I have no desire to search for spoilers or post them. All information is relevant to what the producers have said or what has been revealed in an episode, webisode, or Lost online game. There is a good chance that Ellie could be Daniel’s mother. First, finding Daniel’s mother has been a subject of the overall storyline in Season 5. In “Jughead” we know that Desmond was looking for her and it would seem highly coincidental that a young woman in the 50’s would look familiar to Daniel. Also, the fact that the name Eloise/Ellie should mean something to him to name his important lab rat after the person could be a dead ringer for the possibility.

Despite all this new information that obviously has Lost fans wondering who Ellie could possibly be, and whether or not we’ll find out since the Losties have now jumped again in time, there was a significant huge reveal in “Jughead.” This reveal doesn’t necessarily change the landscape of the show, but it does offer a new opinion on a character that has, up until now, seemed a bit unrealistic in his search for the Island. During the time that Locke, Sawyer, and Juliet are wandering through the jungle of the Island, they hold two men hostage at gun point. One of the men eventually dies, and his murderer, the other unknown man, manages to get away, even once proclaiming to Richard Alpert that no one knows the Island like he does. Later, when Locke decides to walk right into the camp without a weapon, he discovers that the unknown man’s name is Charles Widmore. Certainly a shocker, as it reveals that Charles Widmore is an Other. It also lends credence to his statement to Ben. “You took what was once mine,” are words that continue to echo in Ben’s mind as he attempts to return to the Island.

The connections get deeper. We learn that Widmore was responsible for funding Daniel Faraday’s research, and we also learn that Faraday has seemingly “returned” when confronted by an Other in the 1950’s. We already know that Faraday was around when Pierre Chang ordered workers to stop knocking down a wall holding the donkey wheel that moves the Island. Is it possible that Faraday has been around for other events? We can always look back at Faraday’s unusual reaction to the news report of Oceanic Flight 815 crashing. He comments that he is unsure of why he is so moved by the news, but there is obviously more about Faraday that we have not discovered.

Theories are out and some are attributing the hydrogen bomb and it’s radiation to the sickness. Others are commenting that the bomb caused the implosion of the hatch when Desmond used the fail-safe key. Both theories are plausible and I’m sure we’ll learn more about the bomb’s placement in Lost’s history. Until then, we should probably try to figure out what makes Charles Widmore hate Desmond so much.

So You Think You Can Dance: Get Fit – Cardio/Tone & Grove DVD Review